The claims in the news reports prompted Democrats to ratchet up their investigation of Russian interference in the 2016 election, including allegations that the Trump campaign cooperated with Russian operatives 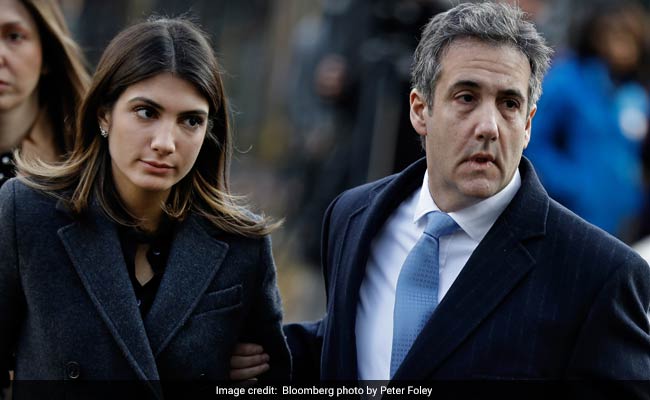 House Democrats on Friday moved to accelerate their investigations into President Donald Trump's alleged ties to Russian interests, reacting to an explosive but unconfirmed report that Trump directed his personal attorney, Michael Cohen, to lie to Congress about his push for a Moscow real estate project.

The assertions contained in a BuzzFeed News report landed like a mortar in Washington, where Trump and Democrats are already locked in a weeks-long standoff that has shut down large swaths of the federal government over Trump's demand that taxpayers provide funding for his promised wall along the U.S.-Mexico border.

Friday evening, BuzzFeed said the special counsel's office disputed certain claims made in the report. "BuzzFeed's description of specific statements to the Special Counsel's Office, and characterization of documents and testimony obtained by this office, regarding Michael Cohen's Congressional testimony are not accurate," said the unusual statement from the spokesperson for the special counsel's office shared by BuzzFeed.

The claims in the news reports prompted Democrats, who now control the House, to ratchet up their investigation of Russian interference in the 2016 election, including allegations that the Trump campaign cooperated with Russian operatives and that Trump has since sought to obstruct an ongoing probe by special counsel Robert Mueller III.

"Directing a subordinate to lie to Congress," Nadler added, "is a federal crime."

Some Democrats on Friday also revived calls for Trump's impeachment, though House leaders and most Democrats have sought to tamp down talk of moving toward that option.

In the report published late Thursday night, BuzzFeed quoted two unnamed federal law enforcement officials saying that Cohen acknowledged to prosecutors that the president directed him to deceive Congress about key facts linking the president to the proposed Trump Tower project in Moscow. BuzzFeed also said Mueller learned about the directive to lie from "interviews with multiple witnesses from the Trump Organization and internal company emails, text messages, and a cache of other documents."

Cohen pleaded guilty in November to lying under oath to Congress about negotiations over the Moscow project, but there is no indication in public filings or proceedings that he was instructed to lie at Trump's direction. The Washington Post has not independently verified the BuzzFeed report.

"Any suggestion - from any source - that the President counseled Michael Cohen to lie is categorically false," Giuliani said in a statement. "Today's claims are just more made-up lies born of Michael Cohen's malice and desperation, in an effort to reduce his sentence."

Cohen is due on Capitol Hill in early February to give public testimony before the House Oversight and Government Reform panel, and is also expected to speak around that time with the House and Senate Intelligence Committees behind closed doors, according to top Democrats. Lawmakers anticipate that Cohen may refuse to speak about Russia-related issues during his public hearing, as Mueller is continuing to investigate those matters, but hope to glean more information during private testimony. In his guilty plea, Cohen admitted lying to the two intelligence panels.

Most top Democrats on Friday were careful to note that they did not know if the BuzzFeed allegations were true while vowing to investigate them.

"These allegations may prove unfounded, but, if true, they would constitute both the subornation of perjury as well as obstruction of justice," Intelligence Committee Chairman Adam Schiff, D-Calif., said in a statement Friday, adding that the panel "is already working to secure additional witness testimony and documents related to the Trump Tower Moscow deal and other investigative matters."

Some rank-and-file Democrats on Friday suggested the allegations should spark serious consideration of impeachment proceedings, despite party leaders' best efforts to defer such decisions until after Mueller has completed a final report expected in coming months.

"If the @BuzzFeed story is true, President Trump must resign or be impeached," Rep. Joaquin Castro, D-Texas, a member of the House Intelligence Committee, tweeted after the story was published.

"If true - and proof must be examined - Congress must begin impeachment proceedings," he wrote, adding that attorney general nominee William Barr should "at a minimum" give lawmakers the relevant materials that Mueller has in his possession if he is confirmed by the Senate for the top Justice Department position.

"If Mueller does have multiple sources confirming Trump directed Cohen to lie to Congress, then we need to know this ASAP," Sen. Chris Murphy, D-Conn., wrote on Twitter late Thursday. "Mueller shouldn't end his inquiry, but it's about time for him to show Congress his cards before it's too late for us to act."

A person close to the Trump Organization, with knowledge of documents and witness testimony in the ongoing investigation, said he has "seen nothing to corroborate the allegations" in the BuzzFeed article.

"We believe the story is completely false," said the person, who requested anonymity because he was not authorized to speak on the topic.

In November, Cohen admitted he had falsely told Congress that Trump's efforts to build a condo tower in Moscow ended in January 2016 when, in reality, those efforts continued through June of that year. Last month, he was sentenced to three years in prison for those lies and various financial crimes.

As Mueller noted, Cohen's testimony was an attempt to "minimize links between the Moscow Project and Individual 1," which is how Trump is referred to in the report. Trump had repeatedly insisted on the campaign trail that he had no ongoing business interests in Russia, even as the deal continued to unfold.

In court documents, Cohen admitted that he briefed Trump on his ongoing negotiations with Russian officials about the proposed deal and said that he had consulted with Trump's team before his false testimony before Congress. But he never said in those documents that Trump himself played any role in encouraging his false testimony.

In his first public comments on the BuzzFeed report, Trump went on Twitter on Friday morning to quote a Fox News reporter, Kevin Corke, as saying, "Don't forget, Michael Cohen has already been convicted of perjury and fraud, and as recently as this week, the Wall Street Journal has suggested that he may have stolen tens of thousands of dollars . .. "

"Lying to reduce his jail time!" Trump added in his own words.

In a statement, Lanny Davis, a legal communications adviser to Cohen, said both he and Cohen are declining to respond to reporters' questions "out of respect for Mr. Mueller's and the Office of Special Counsel's investigation."

Asked if it would be an impeachable offense for Trump to direct Cohen to lie to Congress, Sen. Rob Portman, R-Ohio, told reporters he was focused on ending the partial government shutdown.

"Honestly, I haven't even seen the reports. I'm not focused on that right now," he said, adding that Mueller's investigation "is the place to sift all this out . . . unimpeded."

(Except for the headline, this story has not been edited by NDTV staff and is published from a syndicated feed.)
Comments
DemocratsMichael CohenDonald Trump