The Democrats, members of House of Representatives investigative panels, said that years ago, before he became president, Trump expressed interest in the FBI moving out of its current headquarters so he could buy the land and redevelop the property. 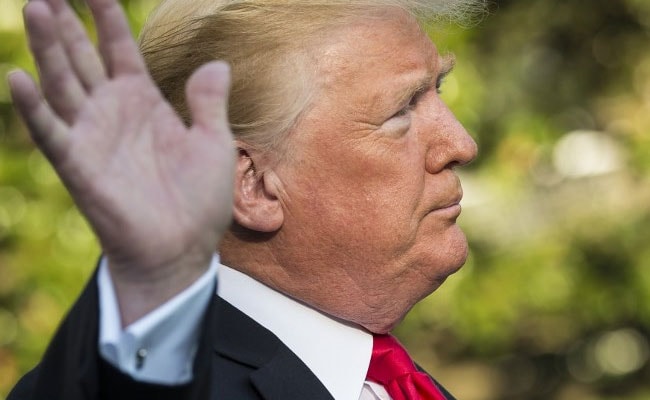 Trump administration plans to build a new headquarters for the FBI across his hotel.

Five senior Democratic members of Congress have questioned what they say is a Trump administration plan to build a new headquarters for the Federal Bureau of Investigation across the street from Donald Trump's downtown Washington hotel.

In a letter sent on Thursday to Emily Murphy, head of the General Services Administration (GSA), which manages government buildings, the Democrats said they had serious concerns about an "abrupt decision" by Trump to abandon an earlier plan to move FBI headquarters out of central Washington to the suburbs.

The Democrats, members of House of Representatives investigative panels, said that years ago, before he became president, Trump expressed interest in the FBI moving out of its current headquarters so he could buy the land and redevelop the property.

After he was sworn in and became disqualified from buying the land, the Democrats alleged, Trump became "dead opposed" to the government selling the FBI property to other commercial developers who might compete with the Trump International Hotel.

White House spokeswoman Sarah Sanders said, "Once again House Democrats have it all wrong. The president wanted to save the government money, and also the FBI leadership did not want to move its headquarters."

GSA spokeswoman Pamela Dixon said in a statement: "The leadership team at the FBI made the decision to keep its headquarters at the current Pennsylvania Avenue location.

"A number of emails referenced in today's congressional letter are taken out of context ... Suggestions that those emails indicate presidential involvement in the location decision are inaccurate."

Some of the Democrats who signed the letter would help lead investigations of Trump if their party takes control of the House in the Nov. 6 elections.

The Democrats said they have documents showing Trump was "directly involved" with the GSA and the FBI in deciding to halt a plan to move FBI headquarters to a Maryland or Virginia suburb.

The Democrats said the documents describe the decision not to sell the existing J. Edgar Hoover FBI building to private developers as a "direction from the White House" and as "the project the president wants." The letter accused the GSA of concealing this information from Congress.

The Democrats said a new plan to rebuild FBI headquarters on its current site could "cost hundreds of millions of dollars more" than the plan to move to the suburbs and would accommodate 2,300 fewer employees.

The Democrats' letter accused Trump of a "clear conflict of interest." It said they were trying "to determine whether the president is making decisions about the FBI headquarters building based on what is best for the country or what is best for his own financial bottom line."

(Except for the headline, this story has not been edited by NDTV staff and is published from a syndicated feed.)
Comments
FBIDonald Trump DC Hotel