Decorated Chinese Cop On The Run After Killing 3, Manhunt On: Report

Gun violence is rare in China, where the regulation on firearms is among the strictest in the world. 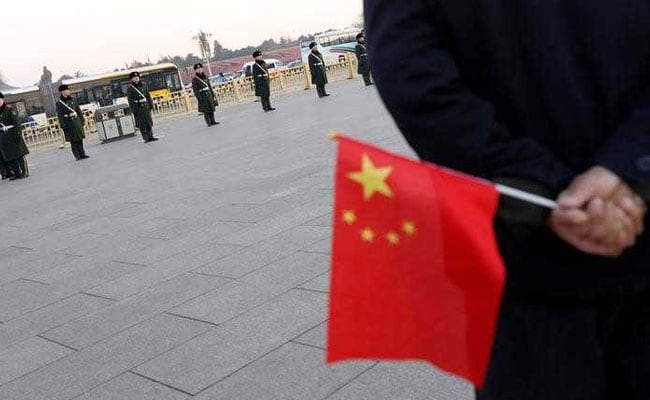 The suspect identified as Li Qiang "injured two with guns and killed three with weapons".

A manhunt was underway in southwest China Thursday with police offering a $15,000 bounty for a suspect in a gun attack that killed three people and injured two others, security officials said.

Gun violence is rare in China, where the regulation on firearms is among the strictest in the world.

The shooting occurred on Tuesday afternoon in Muchuan, a small county under Leshan city in Sichuan province, the local public security bureau said in a statement Wednesday.

The suspect identified as Li Qiang "injured two with guns and killed three with weapons", police said without offering details.

Police said all "guns and ammunition involved in the case were seized" and offered a 100,000 yuan ($15,000) reward for anyone who "provides effective clues or captures the criminal suspects."

The 36-year-old suspect was a police officer decorated for bravery last year after saving an elderly man and a woman from drowning in two separate instances, according to an article published by the city public security bureau.

That article has since been deleted from their website but was still available on Google cache.

AFP was able to confirm that the suspect was the same officer as police have published the suspect's full name and birth date on both the bounty announcement and the accolade for bravery.

The incident has led to heated debate online, with related hashtags viewed over 250 million times.

While guns are strictly controlled, China has been struggling with a spate of mass stabbings in recent years.

Six people were killed and 14 injured after a knife-wielding man stabbed passersby on a pedestrian shopping street in the eastern Chinese city of Anqing in June last year.

And two children were killed and 16 others wounded when a knife-wielding man entered a kindergarten in southern China last April.

"Blood On Your Hands" If World Steps Back On Tackling Covid Now: WHO