We believe that the cultural values of Uber need to be transformed to embrace transparency, diversity. 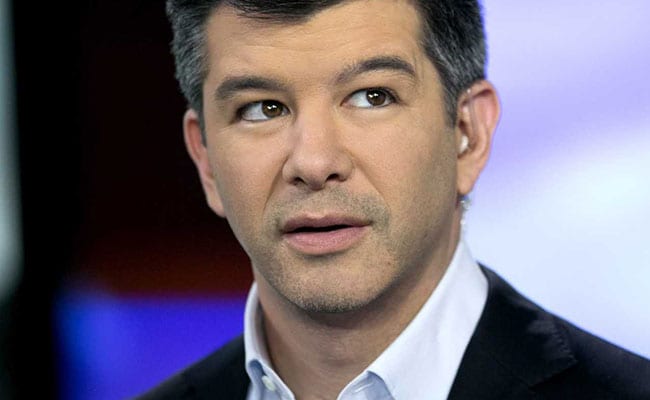 Two venture capitalists arrived at the hotel in Chicago to hand-deliver a letter to Travis Kalanick.

On June 20, 2017, two venture capitalists arrived at the Ritz-Carlton hotel in Chicago to hand-deliver a letter to Travis Kalanick. The memo helped convince the Uber Technologies Inc. co-founder to step down as chief executive officer.

The document was among a series of files that were unsealed Monday as part of a lawsuit over autonomous-vehicle trade secrets brought by Alphabet Inc.'s Waymo. Although the companies settled the case a year ago, a judge ruled that some of the evidence shouldn't be kept from the public.

Below is a full reproduction of the letter, which references corporate scandals and concerns about the lack of a qualified chief financial officer. Kalanick's replacement, Dara Khosrowshahi, worked to rectify those in his first year on the job. He appointed a former Merrill Lynch executive, Nelson Chai, as chief financial officer to help prepare Uber for an initial public offering planned for this year.

On behalf of Benchmark, First Round Capital, Menlo Ventures, Lowercase Capital, and Fidelity Investments, we are writing to express our profound concerns about Uber's future, its willingness to fully embrace the changes that are needed to move forward, and your ability to implement them.

We all believe in Uber's mission. We are deeply grateful for your vision and tireless efforts over the last eight years, which have created a company whose technology and workforce have transformed the world's idea of transportation.

A series of recent revelations, however, continues to affect Uber's business and put the mission at risk. Among the enormously troubling developments that have recently come to light are the issues of discrimination, harassment, and retaliation that prompted the Holder Report, as well as publicly reported allegations about the behavior of Uber's senior executives in connection with the India rape incident and other matters. The ongoing Waymo trade secret litigation and Greyball investigation are also extremely serious and unresolved.

We believe that the cultural values of Uber need to be transformed to embrace transparency, diversity and social responsibility alongside growth and the bottom line. We believe that this transformation is possible - and is necessary for Uber to succeed operationally and as a respected member of the community. The public perception is that Uber fundamentally lacks ethical and moral values. Uber has a clear opportunity to engage positively with its employees, drivers and customers to change the company, correct this perception and achieve Uber's full potential.

As shareholders representing approximately 40% of Uber's voting shares and 28% of Uber's overall stock, we believe the company must immediately take concrete steps to address these issues and strengthen Uber. The company must change at its core. If Uber does not adequately address the company's ethical, cultural, and governance issues now, Uber's operations and reputation will continue to erode, to the detriment of the company and all of its stakeholders, including you.

To that end, we believe that the company must take certain concrete steps to enhance its leadership and culture. Please know that we remain fully supportive of Uber's mission and the incredibly positive role Uber can play in communities around the world. But that positive role -and Uber's full value for all its stakeholders -cannot be realized unless Uber achieves a new level of trust, social responsibility and transparency through the adoption of values that transcend the negative business practices and culture of the past. With these changes we firmly believe Uber can ensure its future as one of the most important companies Silicon Valley has ever produced.

Below are the steps that we believe are imperative to serve this end:
First, you need to immediately and permanently resign as CEO and transition this leadership role to capable hands. We strongly believe a change in leadership- coupled with effective Board oversight, governance improvements, and other immediate actions -is necessary for Uber to move forward. We need a trusted, experienced, and energetic new CEO who can help Uber navigate through its many current issues, and achieve its full potential.

Second, Uber's current governance structures, including the composition and structure of the Board of Directors, are no longer appropriate for a $70 billion company with over 14,000 employees. The new CEO must report to an independent Board that will exercise appropriate oversight, which will help the company attract the most qualified candidates for CEO. Further, as you know, the Holder Report calls for the appointment of additional independent Board members. To that end, you should fill two of the three Board seats you control (retaining one for yourself) with truly independent directors who comply with the Holder Report's recommendations for qualification for service on the Board as an independent -that is, they should be experienced, unbiased, and come from diverse backgrounds. They should also have the unanimous support of all the directors. You should also commit to apply the same standards to any future appointments to those two Board seats.

Third, new leadership from a revitalized Board and a new CEO will allow Uber to begin the critical process of healing and rebuilding to resume its path to success. You should support a board led CEO search committee, with an independent chairperson, and the inclusion of a representative of senior management and a representative of the driver community. We believe CEO candidates must have not only a fully articulated strategic vision and expert management skills to lead Uber, but -equally important -the ability to establish the ethical, values -based culture Uber needs to move forward.

Fourth, the company should immediately hire an adequately experienced interim or permanent Chief Financial Officer. Uber has shown an unwillingness to hire and retain experienced executives, especially in the finance area. The company has intentionally operated without a properly qualified executive in the top finance role for over two years. The interests of all of Uber's stakeholders would be served by urgently addressing this need for financial expertise in management.

We hope you will agree to move forward with us on this path, and look forward to your response.