"Tip Of The Iceberg": Woman Compiling #MeToo Data In US Has 900 Names

The index now totals more than 900, mainly men across the country (only 29 are women) accused of sexual harassment or assault or worse. The number's still not very large, in Davia Temin's view. 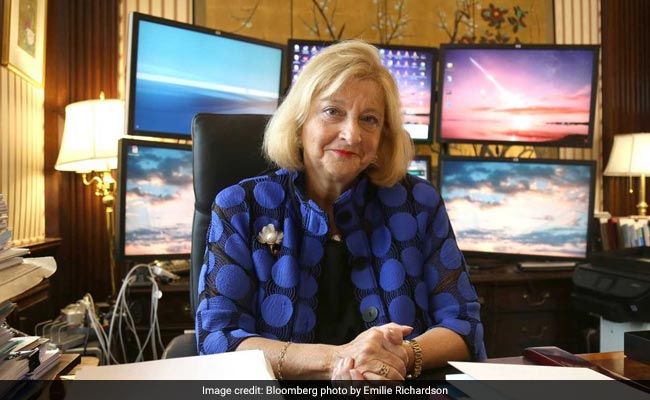 Temin wanted to know if #MeToo would be "a flash in the pan or a sea change."

One year after the #MeToo movement began, Davia Temin's team is still adding names to what's known in her office as "the" index.

It now totals more than 900, mainly men across the country (only 29 are women) accused of sexual harassment or assault or worse. The number's still not very large, in Temin's view.

There are several such allegation inventories kept by researchers, internet-chat rooms, media outfits -- Bloomberg News among them -- and others. Temin's is widely viewed as the largest. To make her list, a person has to be mentioned in at least seven news articles as accused of behavior that includes sexual harassment, assault, abuse or rape and condoning and/or helping to hide such behavior. The data go back to December 2015 and the allegations against comedian Bill Cosby.

The project was initially propelled by her need for data to cite in a speech. That was a year ago, after the New York Times article detailing allegations by more than a dozen women that movie-studio chief Harvey Weinstein had harassed, assaulted or raped them, and after actor Alyssa Milano on Oct. 15, 2017, asked women to use #MeToo on social-media posts about their experiences. Within two days, there were more than 760,000, according to Meltwater, which tracks social-media impact. Weinstein has denied any wrongdoing.

Temin wanted to know if MeToo would be "a flash in the pan or a sea change." But her staff couldn't find numbers showing the scope of the problem. She decided Temin & Co. would track them down. Arts and entertainment account for the majority of cases, followed closely by government and business, according to a breakdown of the tally. Health and medicine, along with technology, have seen far fewer accusations.

Three of Temin's seven employees -- everyone on staff is a woman -- spend a good portion of their time on the index, surfing the web for the ugly words and phrases that point to a candidate.

"It certainly hasn't always been easy. Some of the allegations are quite affecting," said Chief Operating Officer Rachel Clarke. Her trick, she said, is never ending the day on the list, finding something else to do that's uplifting. "And I try to focus on the positive of what we're getting from this."

The answer isn't clear. Certainly trustworthy tabulations are important "to understanding the issue and potentially ways to correct it," said David Larcker, a professor at Stanford University's Graduate School of Business who has studied the backlash against executive misbehavior. The problem is "there's lots of opinions floating around out there and lots of assertions, but in terms of real data and hard evidence, it's pretty sparse."

Temin does not share her list, loathe to let others piggyback on so much hard work, but she does readily discuss trends she sees, including the way allegations tend to come in waves from industry to industry and the shrinking time between an allegation and company action. She anticipates being able to develop more-effective training to prevent harassment as she learns more from the data.

After a near-fatal accident in 2005, she said she has redoubled efforts to improve governance and social responsibility, even if most of her work is confidential.

Her profession doesn't often bring social responsibility to mind: It's about protecting money-making enterprises from the consequences of stupid things they're accused of doing or actually did. Temin gets that. Inside a board room, "their goals are my goals." She does refuse some clients, but most already know her ethos, she says.

"I've always been a capitalist. I love market economies," Temin said from her office, decorated with padded white and red-striped fabric walls and shelves layered with knick-knacks, including a Barbie for President doll she helped develop. "But there's a Quaker saying which is 'Let your life speak.'"

Somewhere in her 60s ("You can ask, doesn't mean I'll tell"), Temin at first impression makes for an unlikely come-on-strong specialist in managing embarrassing, or worse, corporate news. She talks about karma and reincarnation, calling herself Buddhist-ish. She lays out sugar cookies and serves coffee in colorful mugs. She wears a pearl-faced gold watch on her right wrist.

At the same time, she's a study in Type-A. Behind her desk are six 31-inch computer screens -- a seventh is going in this week. There's an Apple watch on her left wrist. Her three smartphones and one flip phone are split among three carriers. Her main line also buzzes on her watch and pings on her four iPads.

Pre-Weinstein, about 5 percent of her work was related to sexual harassment; now it's about 20 percent. Some boards have hired her to help change their culture before something explodes. She has a strict policy of not disclosing the names of her clients, which span 280 different corporations, universities and foundations in the U.S. and abroad. The most she will say is they include almost all the money-center banks in New York.

A onetime college rape counselor who studied psychology at Columbia University, Temin said that, looking back, it's surprising how long it took for #MeToo to emerge.

"It was always an undercurrent, and I think most women and men saw it as part of the landscape," she said. "Now, it's spilled over. It's the power of narrative. It's social media. It's growing empowerment. It's more women on boards and in the C-Suite.''

The #MeToo movement is still evolving, however, especially after the controversy over Brett Kavanaugh's successful appointment to the U.S. Supreme Court, which spurred the biggest monthly use of the #MeToo hashtag on Twitter, according to Meltwater. The rushed Senate hearings over Christine Blasey Ford's allegation he sexually assaulted her -- which Kavanaugh denied -- is the antithesis of how such issues should be treated -- by either side, Temin said.