The storm was expected to make landfall around 9:00 pm local time, according to the latest forecasts from Meteo France. 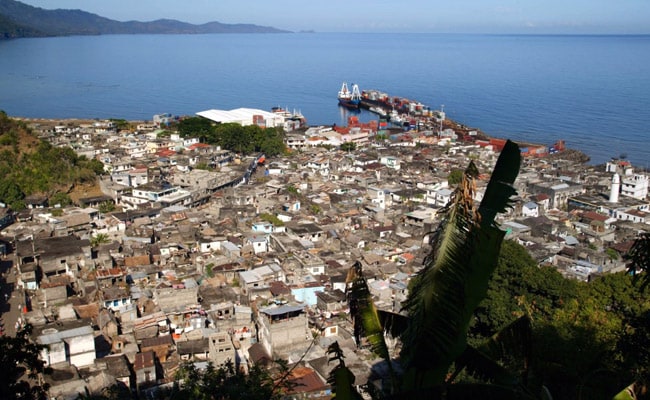 The island has 256,000 inhabitants and they have been advised to stock up on drinking water

The small French Indian Ocean island of Mayotte announced a red alert as Cyclone Belna closed in on Sunday, threatening the French department of quarter of a million people.

The storm was expected to make landfall in Mayotte around 9:00 pm local time (1800 GMT), according to the latest forecasts from Meteo France.

A statement from officials in the French overseas department warned inhabitants to stay indoors and "not come out under any circumstances".

After Mayotte, the cyclone was forecast to on Monday hit the neighbouring Comoros archipelago then the island of Madagascar. They issued orange and yellow alerts respectively.

By lunchtime on Sunday, the cyclone was about 160 kilometres (99 miles) east-northeast of Mayotte, an island of 374 square kilometres.

The island's 256,000 inhabitants have also been advised to stock up on drinking water.

The airport has been closed, and the island's roads declared off-limits from Sunday afternoon.

This will be the third cyclone to hit the island in 50 years, said Colombet.

The Comoros government announced an orange alert for the island of Anjouan, while the archipelago's other two islands were placed on a lesser yellow alert.

The authorities called on the population to take the usual precautions: shutter windows and doors, stock up on provisions and prepare to take refuge in mosques, schools or others homes if necessary.

The archipelago was struck by Cyclone Kenneth in April, killing at least three people before it continued on to Mozambique, where it caused widespread damage.

Cyclone Belna is expected to land on Madagascar's northwest coastal region of Boeny on Monday afternoon.

Madagascar's northern tourism island of Nosy Be was also expected to be affected.

The country's transport ministry called on fishermen not to take to the sea due to fierce winds.

(Except for the headline, this story has not been edited by NDTV staff and is published from a syndicated feed.)
Comments
Mayotte Islandcyclone BelnaRed Alert