"I will spread the word about how wonderful it is to be in our dear Marshal Kim Jong Un's arms," Ri Jin Ryong told Reuters at Pyongyang's zoo 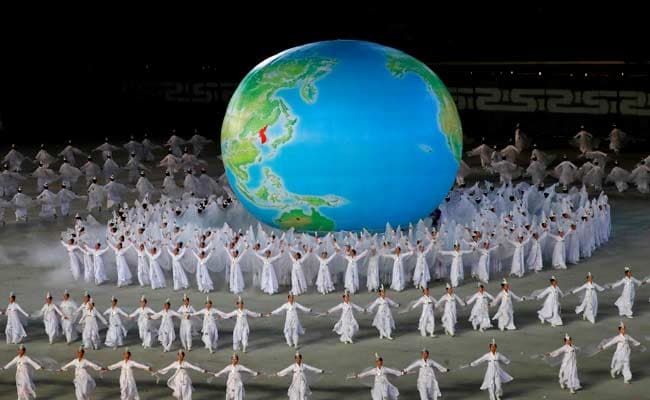 Sixteen-year-old Ri Jin Ryong, a member of North Korea's paramilitary Worker-Peasant Red Guards militia, says he has one message for South Koreans if the two countries ever reunite.

"I will spread the word about how wonderful it is to be in our dear Marshal Kim Jong Un's arms," he told Reuters at Pyongyang's zoo, where he and other soldiers were given a day of recreation after participating in a gruelling military parade before the North Korean leader on September 9.

Ahead of this week's summit between Kim and South Korean President Moon Jae-in in Pyongyang, North Korea is once again highlighting the idea of reuniting the two countries divided since the 1940s, through state media and major events.

In South Korea, however, the concept of unification has become increasingly convoluted and viewed as unrealistic amid an ever-widening gulf between the two nations.

"North Korea's rhetoric gravitates around unification not because they really believe in an immediate unification but it's a powerful slogan that gives justification for them to improve inter-Korean relations," said Lim Eul-chul, professor of North Korean studies at Kyungnam University in Seoul.

Days before hosting Moon for their third summit of the year, Kim Jong Un said: "We should tear down this wall of conflict to meet the Korean people's constant ideals and demands to open a grand path for unification," state newspaper Rodong Sinmun reported on Sunday. 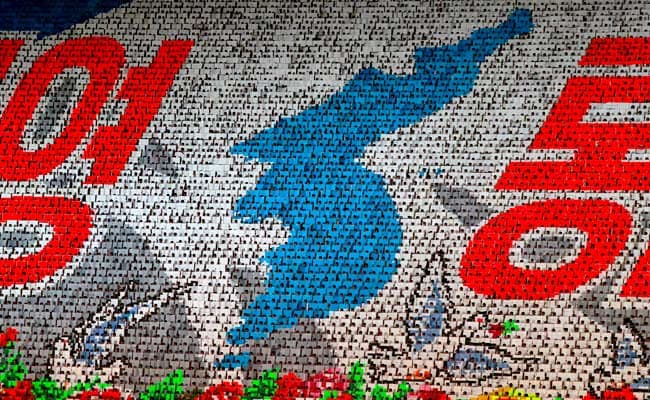 But North Korean defectors are much more likely to support the idea than their Southern neighbours, according to past surveys.

More than 95 percent of North Korean defectors who responded said unification is needed, compared to about 53 percent for South Korean respondents, one 2017 survey by the Seoul National University Institute for Peace and Unification Studies showed.

For decades, North Koreans have pushed the concept of "one country, two systems," under which the country would maintain different systems of government in the North and South, at least until the two could be peacefully reconciled.

"We understood that we should acknowledge differences between the North and the South on ideology, religion, faith alike, and cooperate with each other," one North Korean who defected to the South in 2013 spoke on condition of anonymity.

"I also remember learning that unification would also help resolve our economic difficulties."

North Korea's per capita Gross National Income of 1.46 million won ($1,283.52) is only about 4.4 percent that of South Korea, according to estimates by the South's central bank. While projections of the cost of reunification have ranged widely, running as high as $5 trillion, most believe the cost would fall almost entirely on South Korea.

After the first meeting between leaders of the two Koreas in 2000, both sides agreed to consider the idea of "one country, two systems", at least as an interim step to unification.

But on its website, the Institute for Unification Education, the education arm of South Korea's Unification Ministry, said the North's idea of a federation consisting of two regional governments with different ideologies and systems "has little possibility of becoming reality given no historical precedents."

"North Korea's rhetoric concentrates on the unification between one people ... but what it really means is that they think unification between the Koreas justifies disregarding international relations and sanctions," said Shin Beom-chul, senior fellow at the Asan Institute for Policy Studies in Seoul.

"In a situation where there are UN and US sanctions, it's hard to go along with that rhetoric for the South."

Sanctions baning almost all trade with the isolated country have hindered even basic bilateral exchanges between the neighbours. South and North Korea opened a liaison office on Friday after weeks of delay, as Seoul sought to address Washington's concerns about a potential breach of sanctions.

On the streets of Pyongyang, North Koreans interviewed by Reuters uniformly supported the idea of unification, and just as uniformly, said Kim Jong Un is making it more likely than ever.

"Under the dear leader's superior leadership, I believe the nation's unification could certainly become reality if the North and the South cooperate from now on," said cashier Ri Hae Kyong, 53.

Like all the North Koreans interviewed by Reuters in Pyongyang, Ri was speaking in front of the government minders who accompany media everywhere, making it difficult to truly assess North Korean views on unification.

Cosmetics clerk Yang Su Jong, 27, also said she believes "it's not long" before unification happens, in part because Kim had made North Korea a "strong nuclear power."

And North Koreans said they see their Southern neighbours as family.

"North and South are one blood," Pyongyang waitress Song Jin A told Reuters. "As a new generation, we want to live with our compatriots in the South as one, (we) want to all live together cuddled in our leader Kim Jong Un's arms."