Sanofi Pledges Coronavirus Vaccine For All After French Backlash

But the CEO of the French pharmaceutical giant stood firm on the need for a faster, more collaborative European effort in the hunt for a vaccine to the new coronavirus that has killed over 298,000 globally and crippled economies worldwide. 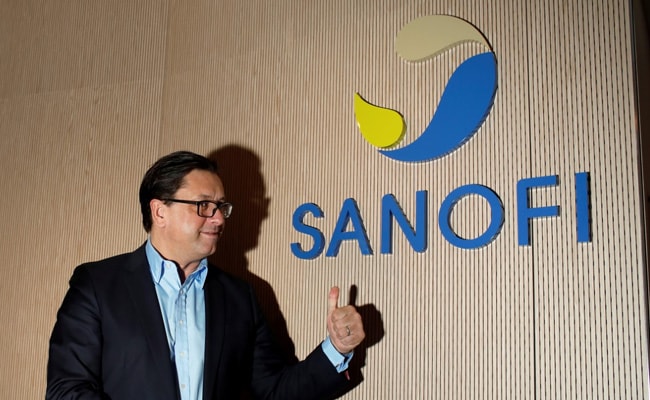 Sanofi said it was vital that any coronavirus vaccine reach all parts of the world.

Sanofi chief executive Paul Hudson said on Thursday it was vital that any coronavirus vaccine reach all parts of the world, after angering the French government earlier by saying some countries would get priority access.

But the CEO of the French pharmaceutical giant stood firm on the need for a faster, more collaborative European effort in the hunt for a vaccine to the new coronavirus that has killed over 298,000 globally and crippled economies worldwide.

Hudson told Bloomberg on Wednesday that vaccine doses produced in the United States could go to U.S. patients first, given the country had supported the research financially.

French Prime Minister Edouard Philippe had said there should be no favourites in the roll-out of an eventual vaccine. Equal access was non-negotiable, he said.

Hudson said on Thursday it was vital that any coronavirus vaccine reach all regions and he was sorry that his earlier remarks had created such a storm.

"I have been campaigning on European readiness to treat COVID-19 for months, building capacity in Europe, making sure we are ready, getting governments in the EU aligned," Hudson told an event organised by the Financial Times.

Sanofi, which has urged stronger European coordination in the hunt for a vaccine and has U.S. financial support, clarified that any such vaccine would be made available to all.

There is no vaccine and no known treatment for COVID-19, the respiratory disease caused by the new coronavirus. Drugmakers are racing to develop what would be a lucrative prize, but have sought financial support to mitigate the risks.

Sanofi is working on two vaccine projects against COVID-19. One is with British rival GlaxoSmithKline Plc that has received financial support from the Biomedical Advanced Research and Development Authority (BARDA) of the U.S. Health Department, and the other with U.S. company Translate Bio that will use a different technology.

Given the support from BARDA, doses produced by Sanofi in the United States are expected to go to US patients first, a prospect that has raised concern in Europe.

"A vaccine against COVID-19 should be a public good for the world. The equal access of all to the virus is non-negotiable," Philippe said on Thursday.

Philippe said he had reinforced this message to Sanofi's chairman, Serge Weinberg, who in return had assured the prime minister of the distribution in France of any Sanofi vaccine.

Sanofi has 18 production sites in France.

"That model does not exist in Europe," he said, even though there was support from governments to establish one.

The controversy has raised questions over whether Europe has been too slow to respond in terms of organising and funding vaccine research. Sanofi reiterated on Thursday that the United States had moved more quickly in this regard.

The charity Oxfam said pharmaceutical companies should not be able to decide "who lives and who dies".

Officials meeting at the World Health Assembly next week must demand that vaccines and tests are patent-free, Oxfam said in a statement. They should also be distributed equitably to all countries.

"Governments must work together to stop corporations profiteering from the pandemic and save the lives of people across the globe," Oxfam said.