Guess What? Covid Has Made Billionaires Even Richer

Covid Pandemic Impact On Wealth: The report showed that a wider group of 520,000 adults who make up the top 0.01% richest together saw their share of global wealth hit 11% this year, up from 10% the year before. 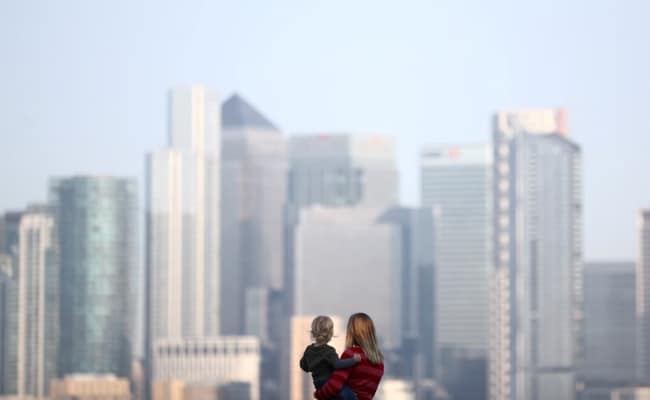 Covid Impact On Wealth: The report drew on a variety of specialist research and public domain data.

The share of household wealth owned by billionaires has risen by a record amount during the pandemic, with millionaires also coming out of COVID-19 ahead, a study found on Tuesday.

The World Inequality Report produced by a network of social scientists estimated that billionaires this year collectively own 3.5% of global household wealth, up from slightly above 2% at the start of the pandemic in early 2020.

"The COVID crisis has exacerbated inequalities between the very wealthy and the rest of the population," lead author Lucas Chancel said, noting that rich economies used massive fiscal support to mitigate the sharp rises in poverty seen elsewhere.

The report drew on a variety of specialist research and public domain data, with a foreword written by U.S.-based economists Abhijit Banerjee and Esther Duflo, two of the trio who won a 2019 Nobel for work on poverty.

"Since wealth is a major source of future economic gains, and increasingly, of power and influence, this presages further increases in inequality," they wrote of what they called an "extreme concentration of economic power in the hands of a very small minority of the super-rich".

The findings corroborate a range of existing studies, "rich lists" and other evidence pointing to a rise in health, social, gender and racial inequalities during the pandemic.

Forbes' annual world's billionaires list this year included a record-breaking 2,755 billionaires with a combined worth of $13.1 trillion, up from $8 trillion last year.

The new report showed that a wider group of 520,000 adults who make up the top 0.01% richest together saw their share of global wealth hit 11% this year, up from 10% the year before.

Belonging to the top 0.01% category meant having household wealth of at least 16.7 million euros ($19 million), adjusted for purchasing power parity across currencies, it said.

Analysts say some super-rich have benefited from the shift online of much of the world's economy during lockdowns, while others simply gained from rising asset prices as financial markets bet on the speed and shape of the global recovery.

The study also found that while poverty increased sharply in countries with weaker welfare coverage, massive government support in the United States and Europe was able to mitigate at least some of that impact on lower earners there.

"This shows the importance of social states in the fight against poverty," Chancel said.

Separately, it welcomed this year's deal on a global minimum corporation tax rate of 15% as a possible milestone in efforts to halt a "race to the bottom" which since the mid-1980s has led to a halving of average company tax rates to around 24%.

However it said the agreement was flawed because the 15% floor was lower than what average-earners pay in high-income countries and because it offered carve-outs and opaque arbitration possibilities to many of the companies affected.