"Minuscule Traces" Of Coronavirus In Non-Potable Water In Paris: Official

Drinking water is supplied from a "totally independent" network and "can be consumed without any risk," said the city's top environmental official. 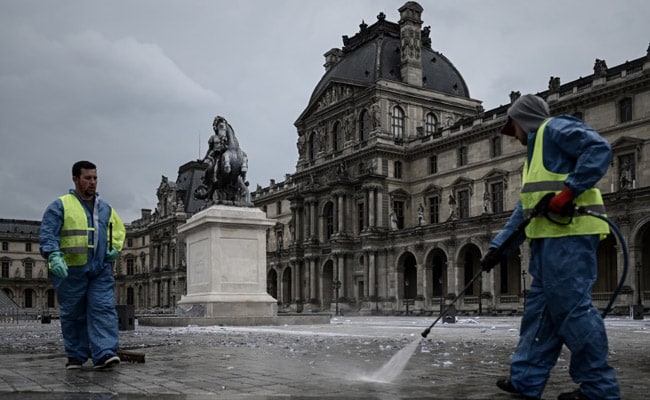 Paris is consulting regional health agency for a risk analysis before deciding how to proceed: Official

"Minuscule traces" of the new coronavirus have been found in Paris's non-potable water -- such as the supply used for cleaning streets -- but drinking water is at no risk of contamination, a city official said Sunday.

The Paris water authority's laboratory detected tiny amounts of the virus in four of 27 samples collected from around the capital, leading to an immediate shutdown of the network as a precaution, Celia Blauel told news agency AFP.

Drinking water is supplied from a "totally independent" network and "can be consumed without any risk," stressed Blauel, the city's top environmental official.

Non-potable water, drawn from the Seine River and the Ourcq canal, is used to clean streets and to water the greenery in the city's parks and gardens -- currently closed to the public -- as well as supplying their ornamental fountains.

The city of Paris is consulting the regional health agency for a risk analysis before deciding how to proceed, Blauel said.