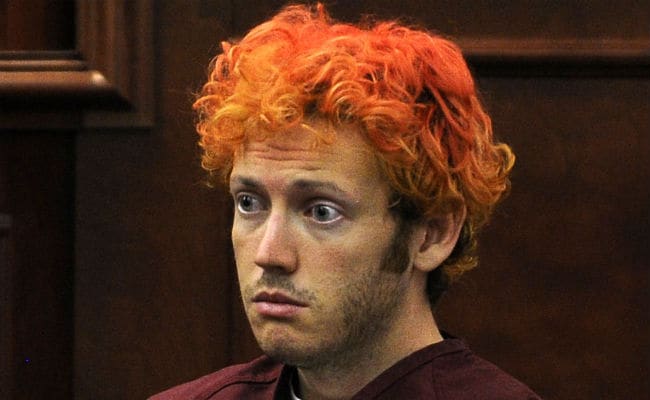 Denver: The judge in the Colorado movie massacre trial asked jurors on Monday if they saw reports of last week's deadly shooting at a Louisiana cinema, and whether they could remain impartial as they decide the fate of Aurora gunman James Holmes.

After the questioning, Arapahoe County District Court Judge Carlos Samour decided not to dismiss any jurors, saying they only had brief exposure to information about the Louisiana case.

Holmes, 27, has been found guilty of killing 12 people and wounding 70 during a midnight screening of a Batman film at a suburban Denver multiplex in 2012.

Within days of the third anniversary of that rampage, police in Louisiana said a drifter fatally shot two women and then killed himself at a Lafayette movie theatre on Thursday evening.

The Holmes jury was sent home early on Friday due to a juror's illness. On Monday, defence lawyers asked Samour to quiz the 12 jurors and seven alternates. Of the 19, 12 said they had seen or heard news coverage from Louisiana.

The jury must decide whether Holmes should be executed or serve life in prison. The panel of nine women and three men found the former neuroscience graduate student guilty of all 165 charges of first-degree murder, attempted murder and explosives charges related to his rampage.

The defence asked for one alternate juror to be dismissed after she said she clicked on an online story about Lafayette, and mentioned it to her husband.

Samour rejected the call: "I think she's extremely honest," he said.
Last week, the jury found the prosecution had proved "aggravating factors" which, the state argued, made Holmes' crimes especially heinous and deserving of execution.

Defence attorneys are now calling witnesses in hopes they can prove mitigating factors outweigh the aggravating ones.

Court-appointed psychiatrist Jeffrey Metzner testified during the trial that Holmes was legally sane when he plotted and carried out the massacre.

Recalled by the defence on Monday, Metzner said that nonetheless he believes the gunman's actions were caused by a form of psychosis, and not, as the prosecution asserts, because he lost his girlfriend, did badly in exams and had a "longstanding hatred of mankind."

"I cannot come up with another explanation," he said.

Under cross examination, Metzner was asked if he agreed Holmes took steps to conceal his plans.

"He did not want to get locked up. Correct?" prosecutor George Brauchler asked.