"The Monaco building will fall. It's not about erasing history but starting to tell it in honor of our true heroes: the victims," said the town hall in a Twitter post. 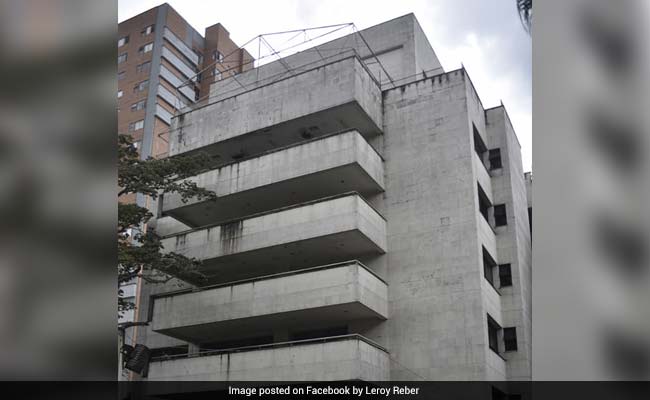 Late drug kingpin Pablo Escobar's old fortress in Medellin is to be razed to the ground with explosives to make way for a park dedicated to the victims of drug trafficking, the town hall said on Thursday.

"The Monaco building will fall. It's not about erasing history but starting to tell it in honor of our true heroes: the victims," said the town hall in a Twitter post.

The ostentatious eight-story concrete bunker where Escobar and his family lived is to be demolished at 11am on Friday in a public show.

In its place will be built a 5,000 square meter commemorative space to honor the thousands of victims killed during the 1980s and 90s as drug traffickers fought a bloody war against the authorities.

It is part of an initiative to show another side to the story of Medellin that is rarely told in television dramatizations or sightseeing tours.

Every day, groups of tourists visit the white building constructed in El Poblado, one of Medellin's most exclusive neighborhoods, in the 1980s.

Now empty, it was once used by the police.

Escobar had been one of the world's richest men, according to Forbes magazine, on the back of the empire he built on drugs and terror. He was killed by police in 1993.

As part of the initiative, since 2018 visitors to the building on the many "narcotours" are met with posters informing them of the police, journalists, civilians and judges murdered on Escobar's orders.

While some decry the tearing down of a part of Medellin's history, the mayor Federico Gutierrez insists the story be told from the perspective of the victims.

"The demolition is one step but maybe the vindication and the voice of the victims is what could most lay to rest the ghost" of Escobar, said Alonso Salazar, a former mayor of Medellin and author of a book on the drug baron.

It won't be the first such move. At the end of January a replica of the first plane that carried a cargo of cocaine to the US was removed from another former Escobar property, Hacienda Napoles.

That was once a 20 square kilometer ranch containing a zoo, but is now a park.

What won't be torn down, though, are the 443 homes Escobar built for families living in a Medellin rubbish dump, an act that earned him the "Colombian Robin Hood" moniker.

Escobar may be dead but Colombia remains the biggest producer of cocaine in the world, much of which is bound for the US.