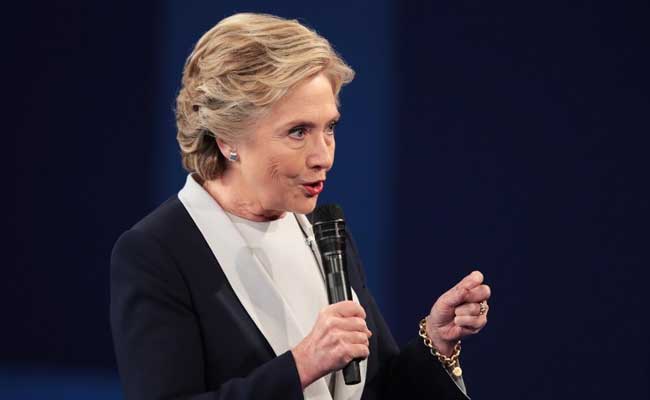 RALEIGH, N.C.: Is Michelle Obama taking this campaign personally? It sure sounds like it.

"I don't have to be here," she told an audience of 6,000 packed into the basketball arena at North Carolina State University last week. She had been praising Hillary Clinton and lighting into her opponent for a half-hour at that point, and she had brought the crowd to its feet.

"I do this because I truly believe that this election matters. I truly want for our young people a president that they can look up to."

The first lady, who has carefully cultivated an everywoman persona, is cashing in on her popularity as she travels the country and says what the politicians in her party cannot. Her role in 2016 is unique: If Hillary Clinton is criticized for dry delivery, Michelle Obama is all emotion and energy.

"A president can't just pop off," she tells crowds, to wild applause.

In the past month, the first lady has held five rallies, four of them on college campuses. Her crowds, which skew toward young voters, have often been larger than those attracted to Clinton's solo campaign events, and the enthusiasm in the audiences is high. In Raleigh, students and faculty members lined up before 8 a.m. to hear her speak at 3:30 p.m. One young couple drove more than an hour from Durham: It was her first political rally, and he came because he wanted to see the first lady in person before her husband left office.

"She has a kind of informality that comes off as very natural, and in a generation that is searching for authenticity and connection, I think that helps," said political scientist William A. Galston, a former aide to President Bill Clinton who is a senior fellow at the Brookings Institution.

Obama, who will campaign for Clinton again in Concord, New Hampshire, on Thursday, mentions the policy differences between the candidates only briefly. The heart of her message is aimed at painting Trump as a loose cannon and a poor role model, and Hillary Clinton as hard-working and conscientious.

As she goes after Trump, Obama steadfastly refuses to mention his name, referring to the Republican nominee as "people" and "someone." As in: "There were also those who had other kinds of questions - questions they continued to ask for the past eight years, like whether Barack was born in this country."

There the Raleigh audience booed before Obama went on to speak of Trump's "birther" questions in more intimate terms, calling the accusations "hurtful and deceitful."

"They were deliberately designed to undermine my husband's presidency," she said.

Her speeches at recent rallies hit many of the same themes as she did during the Democratic National Convention, when her opening-night address drew rave reviews at a time when many in her party remained ambivalent about its nominee. After that speech, the first lady's popularity ratings surged to 64 percent, according to an August Gallup poll.

Within the Clinton campaign, Obama is seen as a unifying figure whom they hope reinforces the role that the president plays - as both a role model and an advocate for children and families. On the campaign trail, she plays a more strategic part: energizing young people and African-Americans, two groups who put Obama over the top.

Clinton's support among both groups is lower than Obama's in 2012, in part because of the popularity of third-party candidates with younger voters and flagging enthusiasm among the electorate. Enthusiasm among African-American voters is far lower for Clinton than it was for Obama four years ago. At this point in 2012, 82 percent of President Obama's black supporters were "very enthusiastic" about supporting him vs. 49 percent for Clinton, according to national polling by The Washington Post and ABC News. Michelle Obama helps bridge those gaps.

"She's one of the most popular political figures in America because she's not as political as the others," said GOP pollster Frank Luntz. "She comes across as authentic and that's something that Hillary Clinton has never been able to do."

It's not likely that the first lady will persuade Republicans, Luntz said, but independents and Democratic voters respond to her approach.

"She brings you in. She doesn't keep you at a distance," said Doreen Pearson, 51, who attended the Raleigh rally. "Her conversation is not so far above you."

She's a looser campaigner than her husband, who will hold an event for Clinton in Greensboro, North Carolina, on Tuesday. Even the president's ad-libs are laden with statistics and a philosophical critique of the modern Republican Party. Vice President Joe Biden's folksy manner also excites Democratic crowds as he doggedly attacks Trump's policies head on. But Michelle Obama has found a third way, coming across as serious and friendly, passive and aggressive.

Because of that, Republicans seem to be at a loss for how to counter her role in the campaign. After her Democratic convention speech, Republican National Committee spokesman Sean Spicer told reporters that "the first lady is off limits." He and a Trump spokeswoman did not respond to requests for interviews about Michelle Obama's role in the Clinton campaign. The GOP's attempts to defend against her attacks were complicated by the fact that Trump's wife, Melania, plagiarized lines from a 2008 Michelle Obama speech and has said that she admires the first lady.

Obama has become a stealthy brawler on the campaign trail. In addition to Raleigh and Charlotte, she has rallied voters in Philadelphia, Pittsburgh and Northern Virginia. When she takes the podium, she obliquely portrays Trump - again, without saying his name - as childish.

"We need an adult in the White House," she said at La Salle University in Philadelphia last month.

Even before tape surfaced Friday of lewd comments Trump made about women during a 2005 "Access Hollywood" shoot, Obama in Raleigh denounced him as "a candidate," as she generically refers to him, who "regularly demeans and humiliates women."

And after Trump's poor performance in his first debate against Clinton, Obama took the stage in Charlotte to praise the Democratic nominee as someone who doesn't "make excuses." She tapped her microphone four times - a clear mockery of Trump's complaint that a faulty mic had given him trouble - and the crowd roared its approval.

Michelle Obama's subtle but pointed messaging - which will continue to be on display during more swing-state visits, as well as in new radio and TV ads for the Clinton campaign - has even been evident in the seemingly lighthearted appearances she has continued to make in the entertainment media.

Two days before her first campaign rally, she did a comic skit on Ellen DeGeneres's talk show, in which she and the host ventured out to a drugstore. There was no overt political talk during their mock shopping trip; instead, while DeGeneres clowned around like a kid, opening packages and being rude to other shoppers, Obama played the responsible, motherly straight woman - a reminder of the importance of an "adult in the White House," perhaps.

Similarly, the first lady visited Stephen Colbert's late-night show and did a funny bit describing family dinner tables where her husband bores everyone by droning on about policy prescriptions. On the surface, she was mocking her husband as a wonky grind, with a pitch-perfect imitation of his voice and mannerisms - but her not-so-subliminal message was clear: This guy takes his job seriously.

Obama even had a kind of cameo recently on the ABC sitcom "Black-ish," which follows the story of a well-to-do African-American family. As two characters sat in their living room discussing why they were disinclined to vote, a clip of the first lady's convention speech flashed on their TV screen. At the sound of her voice - "We need to get out every vote. We need to knock on every door" - they looked at one another and jumped to their feet.

In Raleigh, she was trying to make that happen. Obama reminded Democrats in the crowd that her husband won North Carolina in 2008 by only 14,000 votes - "a little over two votes per precinct," she said.

Erin Banks, 37, the director of a student diversity initiative at North Carolina State University, said she left the rally energized. A 2008 Obama volunteer, she stood in line for six hours for this speech.

"I just wanted the opportunity to see her," Banks said. She had been planning to vote for Clinton but said Obama's speech persuaded her to do more. "I may not be 100 percent in it like I was with Barack, but I am going to go vote and try to motivate others."

To young voters leaning toward a third-party candidates, Obama had a different message. "Here's the reality," she said. "Either Hillary Clinton or her opponent will be president this year. And if you vote for someone other than Hillary or if you don't vote at all, then you'll be helping to elect Hillary's opponent."

No other Clinton surrogate is speaking so bluntly and publicly about the specter of unhappy liberal voters threatening to stay at home or cast a ballot for a third-party candidate.

At one point the crowd began a "four more years" chant. She calmed them with a cheerful insistence that term limits are good for democracy.

"I've been sharing with people that this time is bittersweet for me," she added. "This is going to be the last time I campaign."