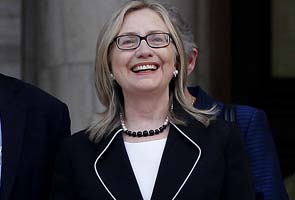 Islamabad: Criticising Hillary Clinton's statement that Al Qaeda's new chief Ayman al-Zawahiri is in Pakistan, a leading daily here said the US secretary of state should not have gone public with her views on the "soil of a country, with which Pakistan has had a long history of rivalry".

"We believe Zawahiri is in Pakistan," said Clinton to NDTV at a townhall in Kolkata on Monday.

Dawn said that the "certitude in her voice was alarming, though it would have been better had she not gone public with her views".

"Since the days of Gen (Pervez) Musharraf, Islamabad has insisted that it knew nothing about the whereabouts of Osama bin Laden. If, therefore, Islamabad implies that Ayman al-Zawahiri is not in Pakistan or dismisses Clinton's assertion as conjecture, it should not be surprised if the world is sceptical."

Zawahiri took over after Osama was gunned down in Abbottabad town May 2 last year.

American commandos "humiliated Pakistan's intelligence establishment the way nothing else has. Moreover, given the capture of senior Al Qaeda operatives - with the help of Pakistani intelligence - allegations of Ayman al-Zawahiri's presence on Pakistani soil cannot be dismissed altogether", the daily said.

The editorial said that Clinton "chose the wrong time and place to level familiar charges against Pakistan".

"...Must the secretary of state have chosen the soil of a country, with which Pakistan has had a long history of rivalry, to say the things she did? Equally unfortunate was the timing of her disparaging remarks, for they came at a time when negotiations between the US and Pakistan to reset ties are at a crucial stage."

It referred to Foreign Minister Hina Rabbani Khar's remark that if the US has any information that the Al Qaeda chief is hiding in Pakistan, it should share it with Islamabad instead of making speculative statements.

Promoted
Listen to the latest songs, only on JioSaavn.com
"Indeed, Clinton should put her faith in quiet diplomacy rather than make sensitive statements through the media," the editorial added.