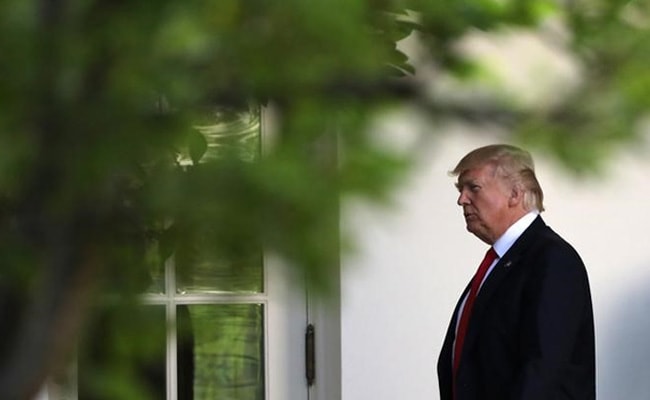 Washington: For the second time in a month, tens of thousands of protesters are expected to turn out in Washington on Saturday to voice concern over climate change in a mass demonstration marking the 100th day of Donald Trump's presidency.

The Peoples Climate Marches in dozens of cities including the US capital, are part of a broader effort to build momentum behind candidates with strong environmental records for next year's midterm elections and the 2020 presidential race, organizers said.

"We're using this as a tactic to advance the strategy of building enough power to win on climate over the course of the long haul," said Paul Getsos, national coordinator for the Peoples Climate Movement. Sponsors of Saturday's events include labor unions, the Sierra Club and civil rights groups.

As a side theme, marchers will protest Mr Trump's crackdown on illegal immigrants and other issues championed by the maverick Republican billionaire.

Since Mr Trump's inauguration on January 20, there have been national protests focused on issues ranging from abortion rights to immigration and science policy.

Last weekend, thousands turned out for the March for Science, a de facto protest against what activists call a denial in Mr Trump's Washington of evidence-based science.

Mr Trump's administration is considering withdrawing from the Paris Agreement, which more than 190 countries signed in hopes of curbing global warming. Mr Trump has also proposed deep cuts for the Environmental Protection Agency.

In his campaign, Mr Trump called climate change a hoax. Last month he kept a promise to the coal industry by undoing climate-change rules put in place by his predecessor, Democrat Barack Obama.

Myron Ebell, a climate change skeptic at the Competitive Enterprise Institute, a libertarian think tank, said the march would have little impact on the administration.

"The real decisions are made in this country in elections, and we have now a president and a House and a Senate that are determined to pursue a pro-energy agenda," he said by telephone.

Environmental activists believe public opinion is on their side. A Gallup poll this month showed 59 percent of Americans agreed environmental protection should take priority over increased US energy production.

Mr Trump's representatives had no immediate comment on the planned protest.

In the main event in Washington, protesters will march from the Capitol to surround the White House, then hold a rally. Dozens of 'sister' marches are planned for other North America locales, from Anapolish Royal, Nova Scotia, to Dutch Harbor in Alaska's Aleutian Islands. Overseas, about three dozen events range from a protest in Vienna to a tree-planting event in Zambia.