"It's Going To Be A Bloodbath": A City Faces Huge Cost Of Virus Lockdown

The city of 5 million people on Wednesday emerged from one of the worlds strictest and longest lockdowns that shuttered businesses and confined residents to their homes for more than three months. 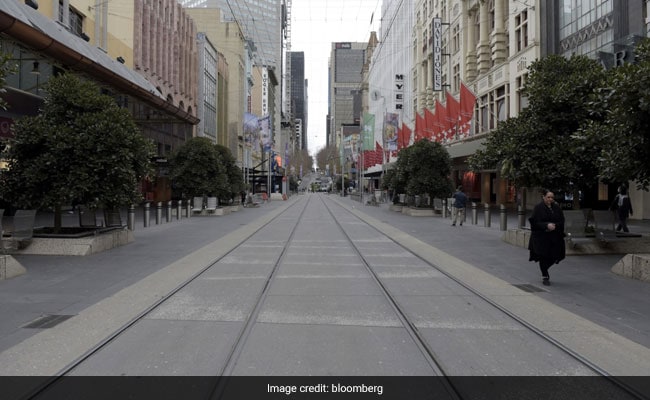 A near-deserted street In Melbourne. The city was ranked as the world's 2nd most livable city last year.

As countries across the globe grapple with the prospect of renewed lockdowns, the Australian city of Melbourne offers a stark lesson on the costs of bringing the coronavirus under control.

The city of 5 million people on Wednesday emerged from one of the world's strictest and longest lockdowns that shuttered businesses and confined residents to their homes for more than three months.

While infections have dropped from a daily peak of about 700 in early August to just two new cases on Wednesday, the economic and social impact of Melbourne's second lockdown since the crisis began has been enormous. Australia's government estimates 1,200 jobs have been lost on average a day across Victoria state, while demand for mental health services has surged by more than 30%.

Despite key factors working in Melbourne's favor, including closed borders, an infection count that was tiny by international standards, and a state government with strong public backing, it still took twice as long as anticipated to crush the curve.

It's a bleak reality confronting political leaders, particularly in Europe, who have already experienced the damage wrought by full-blown lockdowns and are now weighing options to fight a resurgence of the pandemic. German Chancellor Angela Merkel, for example, is pushing for tougher curbs on movement and contact, including closing bars, restaurants and leisure facilities until the end of November, according to a draft federal government briefing paper obtained by Bloomberg.

Australia was in the vanguard of nations that had early success in controlling community transmission. Its first nationwide lockdown, which lasted roughly from March to May, reduced the number of cases to just a handful a day.

But security failures at quarantine hotels for returning overseas travelers, poor communication of critical information to migrant communities and inadequate contact tracing allowed the virus to roar back in Victoria. 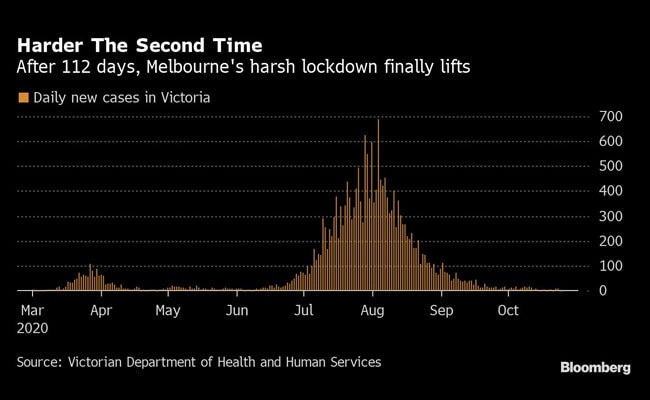 On July 7, state Premier Daniel Andrews announced a six-week lockdown, ordering Melbourne residents to stay home except for essential work and services, medical treatment, school or an hour's exercise a day. Less than a month later, as cases continued to rise, the restrictions were extended across the entire state, Melbourne was placed under a nighttime curfew, schools were closed and large parts of retail, manufacturing and hospitality were shut down.

With Victoria accounting for about a quarter of the nation's gross domestic product, the restrictions have deepened Australia's first recession in almost 30 years.

The lockdown has slashed A$100 million ($71 million) a day from economic activity and through August and September resulted in a daily average of 1,200 jobs being lost across the state, Luke Yeaman, a Treasury department official, told a parliamentary panel this week. 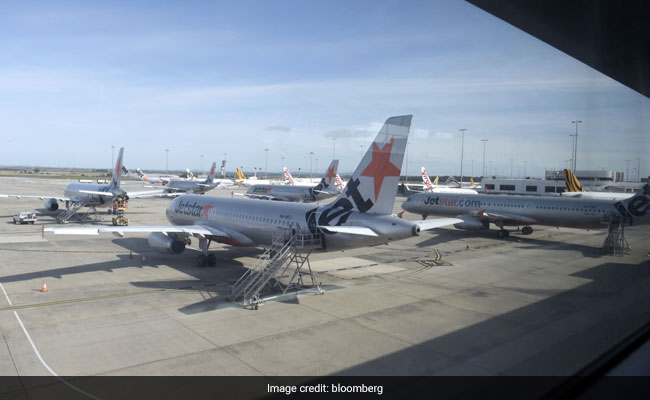 Grounded aircraft at Melbourne Airport, on Sept. 1. The coronavirus has smashed the national carrier Qantas's international business, with overseas flights not expected to resume until the middle of next year.

Long Recovery
Business leaders say it may take years for Melbourne -- ranked as the world's second-most livable city last year -- to recover. Melbourne chef Scott Pickett warned that ongoing capacity restrictions would continue to hit restaurants and cafes and that many would fold once government wage subsidies end early next year.

“Some may get to Christmas, January and say they can't do this anymore,” said Pickett, who owns the bistro Estelle. “It's going to be a bloodbath out there at some stage.”

“This is the beginning of a long road of recovery,” said Michael Madrusan, co-owner of Made in the Shade, which operates venues in the city including The Everleigh cocktail bar. “We are in no way out of the woods just because we can open the doors.”

The social costs are also mounting. The Royal Australian College of General Practitioners says demand for health services nationwide has risen 15% since early March, and by 31% between September and October in Victoria. Alcohol consumption has risen and domestic violence spiked.

“Only being allowed outside for an hour a day was awful,” said Tessa Patrao, 27, who is finally back at work as a primary school teacher after the 112-day stay-at-home order. The second lockdown was even harder than the first, particularly as much of the country had returned to normal, she said.

While governments in the U.K., Italy and Germany have faced protests against second lockdowns, Victorians have been largely compliant. That's in part down to the popularity of the state's Labor government, which won the 2018 election by a landslide, and the high approval ratings of Premier Andrews. The carrot-and-stick approach taken by authorities has also helped, with A$1,500 payments for people who couldn't afford to self-isolate and court-imposed fines of as much as A$20,000 for repeat breaches of isolation orders.

Circuit Breakers
“It would've been impossible to meaningfully police if there wasn't community support,” said Terry Slevin, chief executive officer of the Public Health Association of Australia. “It's an example where a compact between a government and a community that's been driven by expert advice has achieved a valuable public health outcome.”

According to Catherine Bennett, chair in epidemiology at Deakin University in Melbourne, it's likely too late for the U.K., U.S. and European countries to replicate Melbourne's success in crushing new infections. Instead, authorities would likely opt for 2-3 week circuit breaker lockdowns to take the load off the public health system.

“A circuit-breaker just might help bring it back into line and allow it to be containable,” she said. “But unless you've gone very early” it's very hard to bring new cases down to zero.

The lockdown may have quashed the virus for now, but it's clear from outbreaks around the world that it can come back with a vengeance if not coupled with ongoing requirements such as mask-wearing, social distancing, temperature checks and a robust testing and contact-tracing regime. Such “living with the virus” elements are in place in countries such as Korea, Japan and China, which have been able to keep their cases under control.

“Australians need to have the conversation on what the new normal looks like so we can live alongside this virus without more lockdowns,” said Jennifer Westacott, CEO of the Business Council of Australia. “If mask-wearing and hand sanitizers are the new normal now, is everyone on board? The big question is whether individual Australians are ready to fully adjust their lives to the Covid era.”