What exactly two dozen Americans experienced at the U.S. Embassy in Cuba - in incidents last year and then again in August - remains a mystery to science and the FBI. 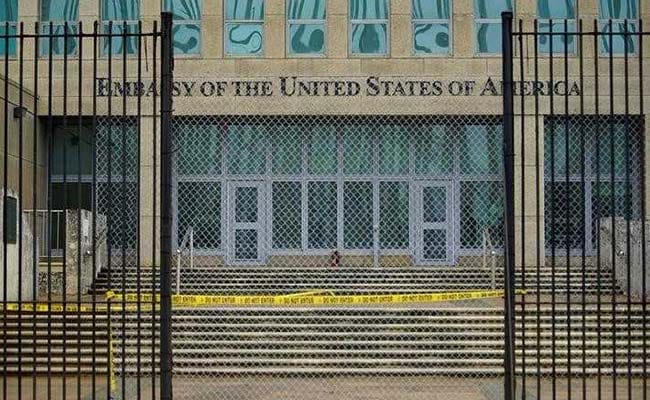 United States continues to blame the incidents on the Cuban government. (Reuters)

They would sometimes wake in the night to hear a disembodied chirping somewhere in the room, or a strange, low hum, or the sound of scraping metal.

Sometimes they felt a phantom flutter of air pass by as they listened. Others in the room would often not notice a thing, the Associated Press reported, and the noises would cease if the person moved just a few feet away.

And then, usually within 24 hours of these bizarre events, bad things happened to those who heard the noises.

What exactly two dozen Americans experienced at the U.S. Embassy in Cuba - in incidents last year and then again in August - remains a mystery to science and the FBI. They have alternately been blamed on a high-tech sonic weapon or a mysterious disease, and have caused a diplomatic crisis because U.S. officials blame Cuba for the attacks.

Now physicians are preparing to release a report on what happened to the people who heard the sounds, the AP reports, including physical changes in their brains.

Workers and their spouses at the U.S. diplomatic compound in Havana began complaining of maladies in late 2016 after hearing strange, localized sounds in their homes.

Their symptoms included a loss of hearing or sight, vertigo and nausea. Some people struggled to recall common words.

For lack of other explanations, U.S. officials initially blamed a "covert sonic weapon," the AP reported. Though medical experts largely dismissed the theory, the United States continues to blame the incidents on the Cuban government and has recalled many diplomatic workers, and considered closing the embassy, which only opened in 2015.

While what caused the phantom sounds is still unknown, tests have revealed at least some of the workers suffered damage to the white matter that lets different parts of their brains communicate with each other.

The physicians are planning to publish their findings in the Journal of the American Medical Association, according to the AP, which quoted several unnamed U.S. officials who aren't authorized to talk about the investigation.

The discovery only deepens the mystery, and makes the possibility of a sonic attack even less likely in the eyes of medical experts. As The Post has written, other theories include an electromagnetic device, chemical weapons or a hitherto unknown disease.

"Physicians are treating the symptoms like a new, never-seen-before illness," the AP wrote, and expect to monitor the victims for the rest of their lives, though most have fully recovered from their symptoms by now.

The physicians are working with FBI agents and intelligence agencies as they look for a source, and U.S. officials have not backed down from their accusations against the Cuban government, which denies any involvement despite a history of animosity between the two countries.

"What we've said to the Cubans is: Small island, you got a sophisticated security apparatus, you probably know who's doing it, you can stop it," Secretary of State Rex Tillerson said at a news conference at NATO on Wednesday.

Promoted
Listen to the latest songs, only on JioSaavn.com
He said he's told U.S. officials to withhold any personal information about the victims from the Cubans - and "not to provide whoever was orchestrating these attacks with information that is useful to how effective they were."

(This story has not been edited by NDTV staff and is auto-generated from a syndicated feed.)
Comments
US EmbassyCubaUS embassy sonic attack