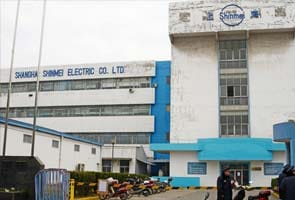 Beijing: Hundreds of Chinese factory workers angry about strictly timed bathroom breaks and fines for starting work late held their Japanese and Chinese managers hostage for a day and a half before police broke up the strike.

About 1,000 workers at Shanghai Shinmei Electric Company held the 10 Japanese nationals and eight Chinese managers inside the factory in Shanghai starting Friday morning until 11.50 pm on Saturday, said a statement from the parent company, Shinmei Electric Co., released on Monday. It said the managers were released uninjured after 300 police officers were called to the factory.

A security guard at the Shanghai plant said on Tuesday that workers had gone on strike to protest the company's issuing of new work rules, including time limits on bathroom breaks and fines for being late.

"The workers demanded the scrapping of the ridiculously strict requirements stipulating that workers only have two minutes to go to the toilet and workers will be fined 50 yuan ($8) if they are late once and fired if they are late twice," said the security guard, surnamed Feng. "The managers were later freed when police intervened and when they agreed to reconsider the rules."

The plant makes electromagnetic coils and other electronic products. It was closed on Tuesday, said a man who answered at the plant but refused to identify himself. He said no workers were on strike and staff would return to work on Wednesday.

Strikes have become commonplace in China, as factories operating in highly competitive markets try to get more productivity from their labor force and workers connected by mobile phones and the Internet become more aware of their rights.

Shinmei Electric's statement didn't say specifically what the workers were protesting, but said management reforms and labor policies were believed to be a cause. It said talks were under way with workers at the plant and that police were questioning staff.

Promoted
Listen to the latest songs, only on JioSaavn.com
A man who refused to give his name from the press office of the Shanghai police bureau said he had no information about the incident and referred calls to the Shanghai government press office, where calls rang unanswered.