Wearable Robot In China To Help People With Disabilities Walk 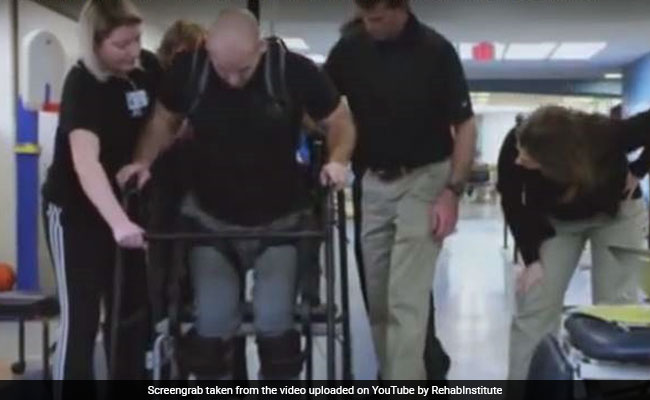 Global market for walk-assistant robots is estimated to be $1.8 billion by 2020. (Representational Image)

Shanghai: A China-made wearable robot, which can help people with disabilities walk, is expected to enter the market in one to two years, the developer has said.

Gu Jie, CEO of Fourier, said the Fourier X1 weighed 20 kg and applied industrial design into the exoskeleton. It can assist with walking for people who have had a stroke or spinal cord injuries.

He said the company aimed to make the robot more affordable than foreign models such as Israel-made ReWalk and Japanese-made Cyberdyne currently on the market.

Gu said the company was working to test and improve the robot's various functions such as sitting, standing, walking and climbing stairs.

Promoted
Listen to the latest songs, only on JioSaavn.com
The Fourier X1 has four motors, two for the hips and two for the knees, as well as four batteries inside that enable it to work for seven hours.

China has 80 million disabled people, many of them unable to walk. The global market for walk-assisting exoskeleton robots is estimated to exceed $1.8 billion by 2020.