Xi Jinping called for an investigation and stern action over the latest safety scare to hit the pharmaceutical industry in China. 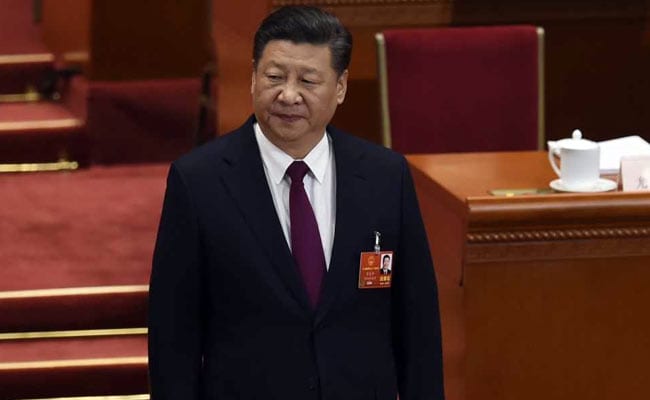 Chinese President Xi Jinping on Monday described a vaccine safety scandal as "vile" and "shocking" as police opened a criminal investigation into the firm responsible and its management.

Xi, on a trip to Africa, echoed the calls from Premier Li Keqiang for a thorough investigation and stern action over the latest safety scare to hit the pharmaceutical industry.

"Changchun Changsheng Biotechnology's illegal production of vaccines is vile in nature and shocking," Xi said, according to state broadcaster CCTV.

The mounting scandal stemming from a sub-standard rabies vaccine has raised questions about the safety of China's entire vaccine industry and sent drug company shares tumbling on Monday.

The China Food and Drug Administration announced late Sunday that it had ordered all production stopped at Changchun Changsheng, a subsidiary of one of the country's largest vaccine makers.

Police in the northeastern city of Changchun, where the company is based, said on social media they had opened a criminal investigation into illegal production of the rabies vaccine and taken the company chairwoman and four subordinates in for investigation.

Premier Li said the latest case had crossed a "line of human ethics" and vowed harsh consequences for any infractions or lax supervision.

"(We) must resolutely strike with heavy blows all law-breaking criminal behaviour, severely punish the criminals according to the law, and hold accountable those who were negligent in supervision," Li said in a website statement late Sunday.

Regulators said last week they had halted production of the rabies vaccine after finding fabricated records and other problems during an inspection.

The China Food and Drug Administration said last week the problematic rabies vaccine had not left Changsheng's factory, but the company admitted it had shipped a separate sub-standard vaccine.

That vaccine for diphtheria, tetanus and pertussis was found by regulators to fail quality standards -- but the company revealed that it had sold 250,000 doses to Shandong province last year.

Authorities in Hebei announced separately on Monday that nearly 150,000 people in the northern province received a sub-standard diphtheria, tetanus and pertussis vaccine made by another firm, Wuhan Institute of Biological Products.

Hebei said it has launched steps to administer new vaccines to those affected.

China is hit regularly by quality-control scandals, fuelling fear over the safety of food and medicines and anger at regulatory lapses.

Censors and regulators struggled to stay abreast of the public's response to the latest scandal, deleting posts on WeChat over the weekend which alleged corruption in the industry. State media battled to take control of the narrative.

Concern has grown that problematic vaccines have already been administered to children.

The state-run Global Times newspaper questioned in an editorial Monday how suspect vaccines were still being produced following the harsh lessons of the past.

"People do not understand why the country had not prevented a sub-standard vaccine from being produced in the first place," it said, suggesting it may be due to "lax supervision and light punishment".

(Except for the headline, this story has not been edited by NDTV staff and is published from a syndicated feed.)
Comments
Xi JinpingPremier Li Keqiangvaccine scandal china