China's spies are catching up 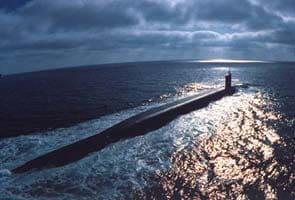 In 1995, a middle-aged Chinese man walked into a C.I.A. station in Southeast Asia and offered up a trove of secret Chinese documents. Among them was a file containing the top-secret design of the American W-88 nuclear warhead that sits atop the missiles carried by Trident submarines.

He told a story to the C.I.A. that was so bizarre it might just be true. He said that he worked in China's nuclear program and had access to the archive where classified documents were stored. He went there after hours one night, scooped up hundreds of documents and stuffed them into a duffel bag, which he then tossed out a second-story window to evade security guards. Unfortunately, the bag broke and the papers scattered.

Outside, he collected the files and stuffed them back into the torn bag. Although many of the documents were of interest for their intelligence content, it was the one about the W-88 that roiled American counterintelligence most because it contained highly classified details about a cutting-edge warhead design.

The United States had been producing small nuclear warheads for decades, and the Chinese were desperate to find out how to build miniaturized warheads themselves. China's military was, and still is, playing catch-up to the United States.

China's success in obtaining the secret design of the W-88 is the most dramatic example of a fact that United States counterintelligence agencies have been slow to recognize: just as China has become a global economic power, it has developed a world-class espionage service - one that rivals the C.I.A.

During the cold war, dozens of counterintelligence agents in the F.B.I. and the C.I.A. pursued Soviet and then Russian spies. The K.G.B. was seen as the enemy; China took a back seat. Only a handful of F.B.I. agents specialized in Chinese spy cases, and their work was not regarded as career-enhancing. Washington's ongoing failure to make Chinese espionage a priority has allowed China to score a number of successes in its espionage efforts against the United States.

In January, when Robert M. Gates, then the defense secretary, was visiting China, Beijing unveiled a stealth fighter jet, the J-20. The disclosure demonstrated that China had achieved a stealth capability, allowing it to conceal its planes, ships and missiles from radar - similar to the American stealth technology that China has been seeking to acquire by clandestine means for years.

Later that month, an engineer who worked on the B-2 stealth bomber for Northrop Grumman was sentenced to 32 years in prison for passing defense secrets to China. In exchange for more than $100,000, he had helped design a stealth exhaust system for China's cruise missiles to make it difficult to detect and destroy them.

And in August, reports attributed to American intelligence officials asserted that Pakistan had allowed Chinese experts to inspect the remains of the stealth helicopter that crashed during the May mission to kill Osama bin Laden. Although Pakistan and China denied the reports, Beijing would have a great interest in examining the tail of the Black Hawk helicopter, the part of the aircraft that was not destroyed by the Navy Seals team, to learn more secret details of American stealth technology.

Meanwhile, the mystery of the leaked W-88 warhead design remains unsolved. At first, the American government suspected that Wen Ho Lee, a Los Alamos nuclear scientist, had leaked the W-88, but it produced no evidence that he had done so. He was held in solitary confinement for nine months, eventually pleaded guilty to one count of mishandling classified information and won an extraordinary apology from the federal judge who presided over the case.

Misled by the Energy Department, the F.B.I. had chased the wrong person for three years. Finally, in 1999, Robert Bryant, then the bureau's deputy director, enlisted Stephen Dillard, a veteran counterintelligence agent, to head a major investigation of how China had acquired the design of the W-88.

The inquiry was led by the F.B.I. and run by a task force of 300 investigators from 11 federal agencies, including the Defense Department, the C.I.A., the National Security Agency and the Defense Intelligence Agency. On Sept. 11, 2001, some of the investigators were killed when American Airlines Flight 77 was flown by terrorists into the Pentagon.

But the investigation went on. Mr. Dillard's task force, operating out of public view, looked at the nuclear weapons laboratories, government agencies and defense contractors in California and several other states who had manufactured parts of the warhead. The F.B.I. interviewed the walk-in, who was by now living in the United States, but he could shed no light on the source of the document.

Finally, after four years, the investigation ended with American intelligence agencies no closer to knowing how China obtained the secret design of the nuclear warhead. The answer remains locked up in Beijing.

More than a decade later, China's spies continue to conduct espionage against military targets. Last year, a Pentagon official was sentenced to prison, the last of 10 people rounded up by the F.B.I., all members of a loosely connected Chinese spy network on the West and East Coasts that was run by Lin Hong, a spymaster in Beijing. The data that made its way to China included information on the Navy's Quiet Electric Drive, designed to make submarines harder to detect, the B-1 bomber and projected American arms sales to Taiwan.

China has even penetrated the F.B.I. In 2003, Katrina Leung, an F.B.I. informant for two decades, was found to be working as a double agent for Beijing. Astonishingly, the two top F.B.I. agents in California responsible for Chinese counterintelligence were having affairs with Ms. Leung at the same time, allowing her to help herself to classified documents that were brought to her home by one of the agents.

Promoted
Listen to the latest songs, only on JioSaavn.com
China's success in stealing American secrets will provide a continuing challenge to the spy catchers. And Washington's counterintelligence agents, accustomed to the comfortable parameters of the cold war and more recent battles against Al Qaeda, must rethink their priorities and shift their focus, resources and energy eastward to counter China's spies.

If not, more secrets like the W-88 nuclear warhead will continue to find their way to Beijing.