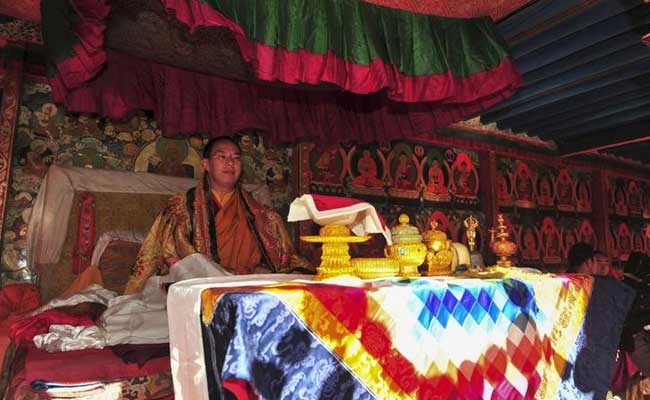 Beijing: A young man named by China as the second-highest figure in Tibetan Buddhism, but reviled as a fake by many Tibetans, began an important Buddhist rite on Thursday, the first time in 50 years it has happened in Tibet, state media said.

Although officially atheist, China selected Gyaltsen Norbu as the 11th Panchen Lama in 1995 in a drive to win the hearts and minds of Tibetans.

Tibet's current spiritual leader, the Dalai Lama, whom Beijing brands a dangerous separatist, had announced his own choice of a six-year-old boy, but he was taken away by authorities and has since vanished from public view.

The Kalachakra ritual is an esoteric but for Buddhists very important rite for activating dormant enlightenment, and has not been carried out in what China calls the Tibet Autonomous Region for half a century.

The Dalai Lama, who fled his homeland after an abortive uprising against Chinese rule in 1959 and lives in exile in India, has carried out the rite overseas.

Activists say China has violently tried to stamp out religious freedom and culture in Tibet, which remains under heavy security. China rejects the criticism, saying its rule has ended serfdom and brought development to a backward region.

Monks from the monastery would join those from Labrang, another important seat of Tibetan Buddhist in Gansu province, for the four-day event, the report said.

About 50,000 Buddhists were expected to attend, it said.

China has gradually exposed its Panchen Lama in public roles in the hope he will achieve the respect commanded by the Dalai Lama among Tibetans and globally, and in 2012 he made his first trip outside mainland China when he visited Hong Kong.

The London-based group Free Tibet said the ritual would be the biggest religious platform Beijing has given its Panchen Lama to date.

"Its decision to have Gyaltsen Norbu preside over a ritual as important as the Kalachakra marks a stepping up in these efforts."

Chinese troops marched into Tibet in 1950. After the Dalai Lama fled, the 10th Panchen Lama stayed on and was initially seen as a collaborator. It later emerged that his criticism of Beijing had earned him more than a decade spent either in prison or under house arrest.