China reported a fourth day of new locally transmitted COVID-19 cases in a handful of cities, prompting alarmed local governments to double down on efforts to track potential carriers. 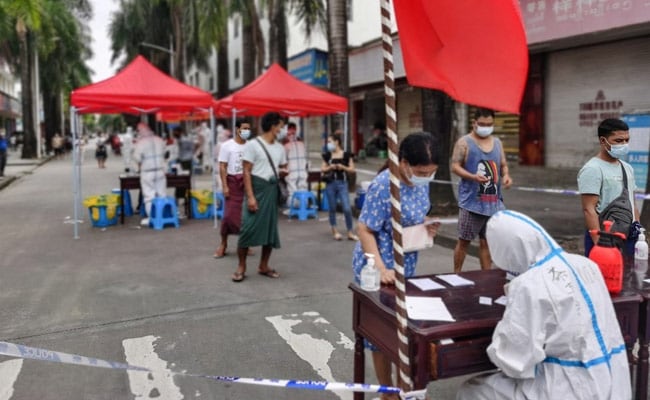 Among the cases was one in Beijing which is busy gearing up for hosting the 2022 Winter Games. (File)

China reported a fourth day of new locally transmitted COVID-19 cases in a handful of cities across China, prompting alarmed local governments to double down on efforts to track potential carriers amid the country's zero-tolerance policy.

A total of 17 new local cases were reported for October 19, up from nine a day earlier, data from the National Health Commission (NHC) showed on Wednesday.

The new cases were reported in eight cities and administrative divisions, more than four for October 18, the bulk of which were in northern and northwestern China.

Three separate cases were also reported in recent days in the south and southwest of China.

Among the cases was one in the capital city Beijing, which is busy gearing up for its hosting of the 2022 Winter Games in February, where officials vowed stringent efforts against the virus.

It remains unclear whether the married couple were the source of the outbreak, or where they had contracted the virus.

After the couple's travel history was disclosed, many cities scrambled to trace their close contacts, requiring people who had been to places where those with detected cases had travelled to report to local authorities and get tested.

The city of Jiayuguan in northwestern Gansu province even launched its second round of city-wide testing after an initial round yielded no positive results, following reports that some of those with cases recently visited the city.

Officials have not disclosed how those with cases reported on Monday and Tuesday contracted the virus, but tentative signs indicated there might be multiple sources of the virus across China, which could complicate the country's efforts to seek zero infections.

Three out of the five local cases found this week in Erenhot city in Inner Mongolia did not appear to have any connection with infected travellers in other cities, but were linked to a case detected on October 13 - a person who worked at a local logistics hub. It is unclear how this person was infected.