The allegations come as China ramps up efforts to encourage Taiwanese to settle in China permanently, with new identity cards and other inducements. 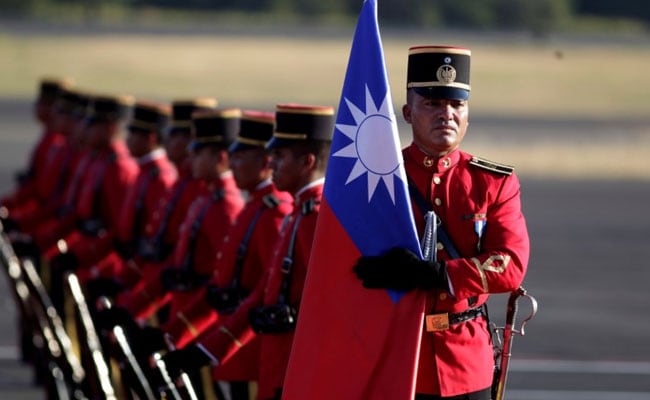 China on Sunday accused Taiwan's spy agencies of stepping up efforts to steal intelligence with the aim of "infiltration" and "sabotage", and warned the island against further damaging already strained cross-strait ties.

On Saturday, state television kicked off the first in a series of programmes detailing cases in which Chinese students studying in Taiwan are said to be targeted by domestic spies who lure them with money, love and friendship.

The allegations come as China ramps up efforts to encourage Taiwanese to settle in China permanently, with new identity cards and other inducements.

Taiwan has warned its people to be careful of the risks involved living in an autocratic country with internet censorship and other drawbacks.

In 2017, a Chinese student studying in Taiwan was sentenced to prison for collecting sensitive information through contacts in Taiwan schools and government departments, and for trying to build a spy network on the island.

Taiwan started to allow Chinese students to study at its universities in 2009.

China sees democratic Taiwan as a wayward province and has never renounced the use of force to bring it to heel, a prospect of which Taiwan is often reminded, with Chinese warships and fighter jets periodically pressing close to the island.

In recent months, China has also lured away some of the few nations with diplomatic ties to the self-ruled island.

(This story has not been edited by NDTV staff and is auto-generated from a syndicated feed.)
Comments
China Taiwan SpyingTaiwan Spying