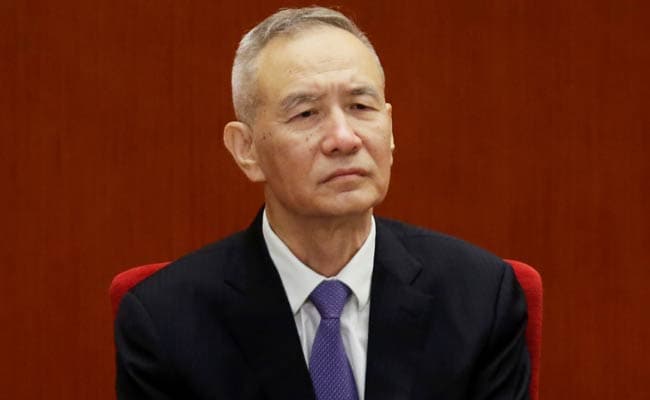 Vice Premier Liu He will visit Washington on January 30-31 for the negotiations, the ministry said.

China's top trade negotiator will travel to the United States to resume talks later this month ahead of a March deadline to avoid bruising tariff hikes, the commerce ministry said Thursday.

Vice Premier Liu He will visit Washington on January 30-31 for the negotiations, the ministry said, following up on talks by lower-level officials in Beijing earlier this month.

US President Donald Trump and Chinese leader Xi Jinping agreed to a three-month trade war truce in December, suspending US plans to increase tariffs on billions of dollars in Chinese goods to give negotiators space to find a solution.

Liu and US officials will "hold negotiations on economic and trade issues and work together to push forward and implement the consensus" reached by Xi and Trump, ministry spokesman Gao Feng told reporters.

China's senior negotiator will travel at the invitation of US Treasury Secretary Steven Mnuchin and US Trade Representative Robert Lighthizer, Gao said.

Without a resolution, punitive US duty rates on $200 billion in Chinese goods are due to rise to 25 percent from 10 percent on March 2.

(Except for the headline, this story has not been edited by NDTV staff and is published from a syndicated feed.)
Comments
President Donald Trump China Xi JingpingUS China Trade RelationsUS China trade talks