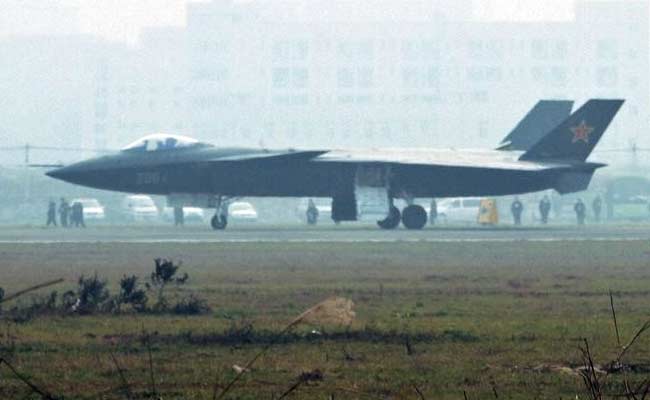 An aircraft that is reported to be a Chinese stealth fighter is seen in Chengdu, Sichuan province. (Reuters File Photo)

Beijing: China is still testing its first stealth fighter, the J-20, but the warplane will soon enter service, the air force said, after pictures circulated in Chinese media suggesting it had already joined the active fleet.

China expects the J-20 to help narrow the military gap with the United States, and its confirmation of the aircraft's first test flight coincided with a visit to Beijing in 2011 by then-U.S. Defense Secretary Robert Gates.

Some analysts have said J-20 photographs suggest China may be making faster-than-expected progress in developing a rival to Lockheed Martin's radar-evading F-22 Raptor.

In a statement, China's air force described as "unreliable" reports that the J-20 had appeared in training exercises, following a weekend state television broadcast that showed grainy pictures of what some viewers took to be the aircraft.

"At present, the J-20 has yet to be equipped for air force service," the air force said on its official microblog late on Tuesday afternoon.

Both the J-20, and another new aircraft, the Y-20 transporter, are still being test flown as planned, the air force said.

"In the near future, the J-20 and Y-20 will, in succession, be equipped for service, effectively raising the air force's ability to fulfil its mission," it added, without giving a timeframe.

However, experts say China is struggling to develop advanced engines that would allow its warplanes to match Western fighters in combat.

China has rapidly been ramping up research into advanced new military equipment, including submarines, aircraft carriers and anti-satellite missiles, which has rattled nerves regionally and in Washington.

There is nothing unusual about developing new technology, which every country does if it wants a modern military, China's air force said in its statement.

"In recent years, China has mostly been relying on its own strength to develop new armaments, one after another," it added.

"This is a completely reasonable requirement to protect the country's sovereignty, security and territorial integrity and protect the nation's security developments. It is a necessary guarantee of effecting peaceful development."
© Thomson Reuters 2016