Beijing said he was formally arrested last Friday and that the case was being "further processed." 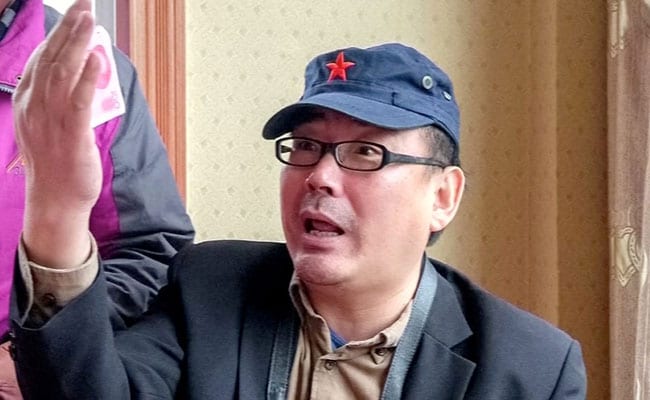 Yang Jun was detained in January shortly after making a rare return to China from the United States.

An Australian academic has been arrested in China for spying, Beijing said Tuesday, prompting Canberra to demand the country upholds "basic standards" of justice.

Yang Jun, who also goes by his pen name Yang Hengjun, was detained in January shortly after making a rare return to China from the United States.

Beijing said he was formally arrested last Friday and that the case was being "further processed."

Australian Foreign Minister Marise Payne said earlier on Tuesday that she was "very concerned" that Yang -- a former official turned author -- had been arrested on "suspicion of espionage".

"We expect that basic standards of justice and procedural fairness are met," she added.

After months without access to his lawyer or family, Yang now faces trial on charges that could bring a lengthy prison sentence.

China's near-silence about Yang's fate has been a point of friction in relations with Australia that have markedly deteriorated in recent months.

In a sharply worded statement, Payne said she had raised the case five times with her Chinese counterpart Wang Yi, in person and via letters.

"Since that time, China has not explained the reasons for Dr Yang's detention, nor has it allowed him access to his lawyers or family visits."

But foreign ministry spokesman Geng Shuang told reporters Tuesday that China had acted "in accordance with the law and fully guarantees the rights of Yang Jun" who he said was "currently in good health."

He rejected criticism from Canberra over the conditions of Yang's detention.

"The Chinese side has expressed strong dissatisfaction with the Australian side's statement on the case," Geng added.

"The Australian side should earnestly respect China's judicial sovereignty and must not intervene in any way to China's handling of the case."

Yang is the latest in a string of foreign nationals to be arrested in China and charged with espionage or attempting to steal state secrets.

Australia has traditionally been keen to avoid friction with Beijing, but Yang's arrest will increase public pressure on Canberra to take a tougher line against its most important trade partner.

There is a growing concern about Beijing's influence in Australian politics, its more aggressive foreign policy and growing military clout in the Pacific.

Australian universities have come under the microscope for lucrative contracts with the Chinese government, while the government has been accused of not protecting dissidents and refugees now resident Down Under.

On Monday, an official corruption inquiry heard that a well-connected Chinese property developer delivered Aus$100,000 in cash to the opposition Labor Party's headquarters before a 2015 election.

The man, Huang Xiangmo, was effectively banned from returning to Australia in February.

Yang had initially been held in "residential surveillance at a designated location" before being moved to criminal detention, his lawyer told AFP.

"His arrest has now been approved by the procuratorate. Now he is formally arrested," Mo Shaoping said.