China's Ministry of Ecology and Environment said that the heavily populated industrial provinces were committing themselves to new measures. 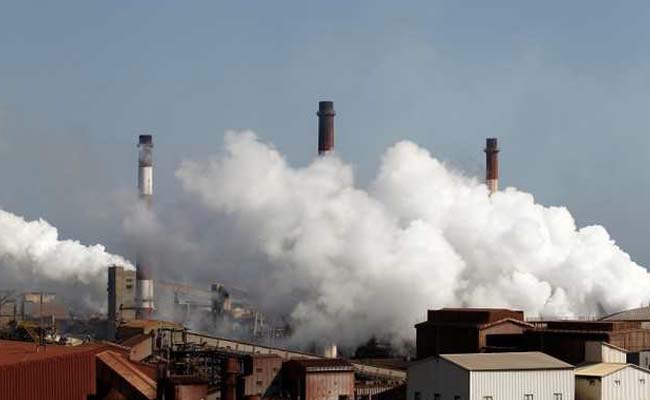 SHANGHAI:  A total of eight Chinese regions have promised to beef up anti-pollution curbs, vowing fresh cuts in smog, cleaner water and soil and tighter scrutiny over government officials after Beijing-led probes uncovered thousands of violations.

China's Ministry of Ecology and Environment (MEE) said on Tuesday that the heavily populated industrial provinces of Shandong, Zhejiang and Sichuan were among the regions committing themselves to new measures, as well as Xinjiang and Tibet in the remote northwest.

As part of efforts to crack down on persistent polluters and negligent local administrations, Beijing launched a nationwide audit at the end of 2015 into the environmental records of 31 provinces and regions.

Teams led by retired ministers were granted powers to make unannounced spot checks at factories and summon local bureaucrats to explain their actions. The inspections were completed last year.

In a statement published by the MEE, Shandong on China's eastern coast vowed to "unswervingly" implement government policies by tackling polluters and restructuring its heavy industrial economy.

The region pledged to resolve all major environmental problems by 2020, according to the statement, cutting concentrations of hazardous airborne particles known as PM2.5 by half to 49 microgrammes per cubic metre over the period.

In its commitments, Xinjiang, a major oil and gas producing province, promised to set winter production caps on industries like thermal power production, steel, coal and chemicals in a bid to cut 2017 levels of PM2.5 by a quarter by 2020.

The manufacturing hub of Zhejiang, near Shanghai, promised to would cut PM2.5 to the Chinese national standard of 35 microgrammes, and make 91 percent of polluted arable land fit for human use by 2020.

Meanwhile the major hydropower region of Sichuan pledged to improve regulation and shut down plants that encroach on protected land.

By the end of March, more than 2,000 government and state enterprise officials in 15 regions had been held to account as a result of the inspections, according to Reuters calculations based on MEE data. Most received an official reprimand and 22 face criminal charges.

State-owned China Minmetals Group was also accused by inspectors of being a "big corporate bully" after it was found to have failed to rectify pollution problems.

China's President Xi Jinping vowed this month to use the full might of the Communist Party to redress the damage done to the country's skies, soil and water since its economy was first opened up in 1978.

"It shows how resolute the Centre is on this issue and how it is determined to keep up the pressure on the provinces," said Peter Corne, managing partner at the legal firm Dorsey & Whitney in Shanghai, who follows China's environmental policies.

Promoted
Listen to the latest songs, only on JioSaavn.com
"They have nowhere to hide," he added.
© Thomson Reuters 2018

(This story has not been edited by NDTV staff and is auto-generated from a syndicated feed.)
Comments
Pollution control in chinaChina's Ministry of Ecology and EnvironmentXi Jinping