Chinese Foreign Minister Wang Yi voiced hope for a return of talks and "mutual trust" between the two countries. 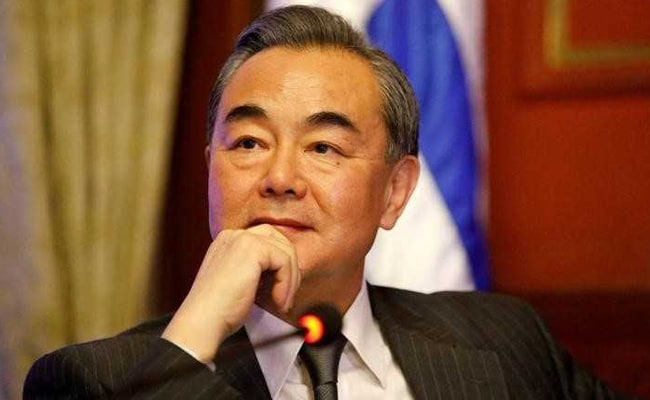 Important that US policy toward China return to objectivity and sensibility as early as possible: Wang Yi

China's top diplomat on Friday offered cooperation on key priorities of President-elect Joe Biden, warning that Beijing's many US critics were creating an atmosphere of "McCarthyism" and ignoring common interests.

Taking aim at the hawkish approach of President Donald Trump, Foreign Minister Wang Yi voiced hope for a return of talks and "mutual trust" between the world's two largest economic powers after Biden takes over on January 20.

"It is important that US policy toward China return to objectivity and sensibility as early as possible," Wang said in a virtual address to the New York-based Asia Society.

Wang said that China saw "space for cooperation" with Biden on three of the four issues he has identified as immediate priorities -- Covid-19, economic recovery and climate change. Biden's fourth stated priority is racial equity.

On the pandemic, Wang said Beijing and Washington could collaborate in manufacturing vaccines and assisting third countries.

"We hope that we will expand cooperation and manage differences through dialogue," Wang said.

The Trump administration says that decades of US engagement have failed with China, accusing Beijing of rampantly stealing intellectual property, widespread espionage and coercion of other nations through its blitz of infrastructure projects.

In recent months, Secretary of State Mike Pompeo has terminated Chinese-funded exchange programs for Americans and tightened visa rules for Chinese students as well as members of the Communist Party and their families, likely affecting hundreds of millions of people.

"We see McCarthyism resurging and jeopardizing normal international exchanges," Wang said, referring to the witch hunt for communists purported to be in the US government led by Republican senator Joe McCarthy following World War II.

"They ignore the vast common interests and room for cooperation between the two countries and insist that China is a main threat," Wang said.

"This is like misaligning the buttons on clothing. They get things wrong at the very beginning."

The Trump administration has shown no sign of tapering off its tough stance on China as it enters its final month.

On Friday, the Commerce Department said it was imposing restrictions on 77 entities that will need special clearance to receive advanced US technology.

The targeted entities include two prominent universities -- the Beijing Institute of Technology, which allegedly sought to secure US items to benefit China's military, and Tianjin University, which was accused of stealing trade secrets.

"China's corrupt and bullying behavior both inside and outside its borders harms US national security interests, undermines the sovereignty of our allies and partners, and violates the human rights and dignity of ethnic and religious minority groups," Commerce Secretary Wilbur Ross said.

Pompeo separately marked the anniversary of the discovery of the first Covid-19 case in Wuhan to highlight the initial silencing of doctors who sounded alarm over the illness that has since killed more than 1.6 million people worldwide.

He accused China of continuing to obstruct an investigation into the virus by the World Health Organization, from which Trump has ordered a US withdrawal.

"It is also peddling vaccines that lack essential data on safety and efficacy, due to a fundamental disregard for transparency and accountability regarding results from clinical trials," Pompeo said as the United States began mass vaccinations developed after intense Western research.

"Both actions put Chinese citizens, and the world, at risk," Pompeo said.

Biden, who invested significant time in diplomacy with China as vice president, has broadly agreed that Beijing poses a global challenge and has called for a tougher response on human rights.

But he is expected to take a less bellicose tone than Trump, with his nominee for secretary of state, Antony Blinken, speaking of potential cooperation on climate change and the pandemic.