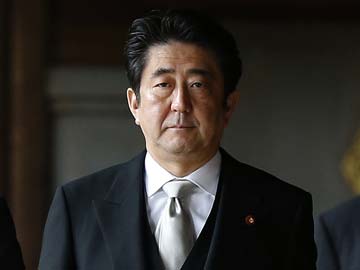 Beijing: China lambasted Japan on Tuesday for comparing it to Lord Voldemort, the villain in the Harry Potter stories, after both countries used the character to describe each other in a tit-for-tat diplomatic spat.

Japanese Prime Minister Shinzo Abe's December 26 visit to Tokyo's Yasukuni Shrine, where Japanese leaders convicted as war criminals are enshrined along with other war dead, infuriated China and South Korea and prompted concern from the United States, a key ally.

Both China and Korea suffered under brutal Japanese rule, with parts of China occupied in the 1930s and Korea colonised from 1910 to 1945.

In an op-ed in Britain's Daily Telegraph, the Chinese ambassador to Britain, Liu Xiaoming, wrote last week: "If militarism is like the haunting Voldemort of Japan, the Yasukuni shrine in Tokyo is a kind of horcrux, representing the darkest parts of that nation's soul."

Liu's commentary was followed by another published on Sunday by his Japanese counterpart, Keiichi Hayashi, in the same newspaper, headlined: "China risks becoming Asia's Voldemort".

"I would like to point out that, to Asia and countries in other regions of the world, militaristic invasion is the darkest devil in the history of Japan," Hua said at a daily news briefing, according to a transcript posted on the foreign ministry's website.

The Global Times, an influential tabloid owned by the Chinese Communist Party mouthpiece, the People's Daily, said the "Sino-Japanese war of public opinion is facing an escalation on all fronts".

"Japan's state apparatus has very strong capacity in public opinion warfare. They will mobilise various media forces of their country, create leverage to lever world opinions, their goal to cleverly mask the malignant nature of Abe's visit to the Yasukuni Shrine," the newspaper said in a commentary.

"We need to make our demands simple and clear, that is, the Japanese prime minister cannot visit the war criminals in Yasukuni because it is equivalent to paying homage to criminals like Hitler and Goebbels," the newspaper said, referring to the leaders of Nazi Germany.

Chinese Internet users were unimpressed with the latest feud.

"Two ancient civilised countries in East Asia have become two children quarrelling and fighting with each other," said a microblogger.

"Five thousand years of traditional virtues have been turned into this?" wrote another microblogger.
© Thomson Reuters 2014
Comments
VoldemortShinzo Abe