China Is Gripped By Insecurity, Says Australia's Most Senior Diplomat

Frances Adamson, Secretary of Australia's Department of Foreign Affairs and Trade, said China sought to project strength, but the reality was somewhat different. 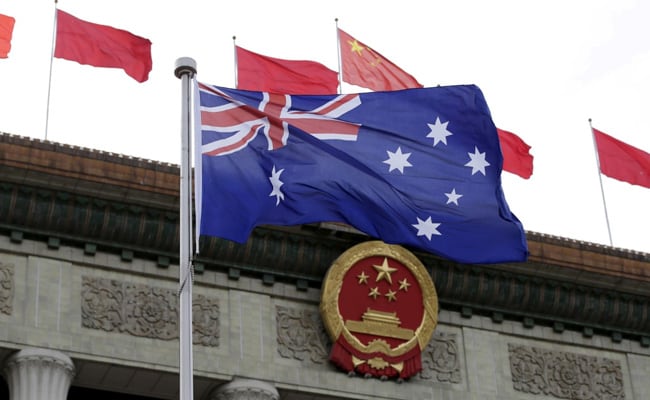 China is insecure and defensive and this means it perceives threats where there are none, Australia's most senior diplomat said on Wednesday, a characterisation Beijing dismissed as "wholly untrue".

The comments come at a time of increased tensions between Canberra and Beijing over Chinese telecoms firm Huawei, China's handling of the coronavirus pandemic and its human rights record, though the two countries remain strong trading partners.

Frances Adamson, Secretary of Australia's Department of Foreign Affairs and Trade, said China sought to project strength, but the reality was somewhat different.

"Few really grasp that this great power is still dogged by insecurity as much as driven by ambition. That it has a deeply defensive mindset - perceiving external threats even as it pushes its interests over those of others," Adamson said in a speech in Canberra before she leaves office this week.

"It is too ready to suspect containment instead of judging issues on their individual merits."

"We hope the Australian government can view us with an objective, rational and responsible attitude," he told a press conference in Beijing on Wednesday.

Relations with China, already rocky after Australia banned Huawei from its nascent 5G broadband networking in 2018, cooled further after Canberra in 2020 called for an independent investigation into the origins of the coronavirus pandemic, first reported in central China in 2019.

China responded by imposing tariffs on Australian commodities, including wine and barley and limited imports of Australian beef, coal and grapes, moves described by the United States as "economic coercion".

However China remains Australia's largest trading partner. In the 12 months to March, Australia exported A$149 billion ($112 billion) worth of goods to China, down 0.6% from the previous year, but exports have been supported by strong prices for iron ore, the largest single item in trade with China.

Adamson's speech came just hours after a widely watched poll showed Australians' trust in China has plunged and for the first time more people view Beijing as a security threat than a economic partner.

The Lowy Institute's annual poll shows more than 60% of Australians see China as a security threat, up significantly from 2018 when 18% of respondents had the same view.

Zhao, the Chinese foreign ministry spokesman, said he questioned the validity of the results, as the poll had surveyed little more than 2,000 people.

"Views of China are to some extent inseparable from the crackdown in Hong Kong, the detention of Uighurs, the disappearance of Australian citizens in China," said Natasha Kassam, Director, Public Opinion and Foreign Policy Program, at the Lowy Institute.

The results indicate Australia's conservative government has public support for its assertive approach to China despite a series of trade implications.