A switch from China's current Covid elimination strategy to an American-style approach with few restrictions would lead to as many as 637,155 infections a day, according to the study, which was published by the Chinese Center for Disease Control and Prevention on November 24. 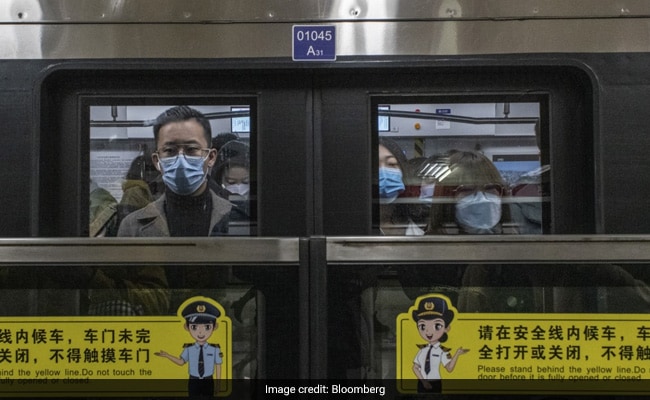 China would face a "colossal outbreak" on a scale beyond anything any other country has yet seen, if it were to reopen in a similar manner to the U.S.

That's a prediction based on statistical modeling by researchers at Beijing's prestigious Peking University. A switch from China's current Covid elimination strategy to an American-style approach with few restrictions would lead to as many as 637,155 infections a day, according to the study, which was published by the Chinese Center for Disease Control and Prevention on Nov. 24.

That would be the largest daily figure reported by any country since the start of the pandemic. The study also predicted a rise in China's infections if it adopted the policies of the U.K., Israel, Spain or France.

Under the current containment effort, Chinese daily infections have rarely exceeded 100. The U.S. recorded an average of about 150,000 daily cases during the period the study referenced for modeling.

"Our findings have raised a clear warning that, for the time being, we are not ready to embrace 'open-up' strategies," the researchers wrote in the study, which was partly funded by the Bill & Melinda Gates Foundation. They added that the approach of "certain western countries" rested "solely on the hypothesis of herd immunity induced by vaccination."

The study reveals the challenge faced by the world's most populous nation in breaking away from a "Covid Zero" strategy of lockdowns, closed borders and other strict curbs.

China has successfully beaten back three domestic delta waves but struggled to contain the latest outbreak, its broadest since the virus first emerged in the city of Wuhan. Authorities have enforced increasingly disruptive restrictions, such as snap lockdowns and domestic travel bans, but clusters of cases have continued to flare up, including in the financial hub of Shanghai.

Other Covid Zero adherents such as Singapore and Australia have begun treating the virus as endemic after struggling to control the spread of the highly infectious delta variant.

The study forecasts a surge in severe cases to 22,364 a day under a U.S.-style reopening -- about double the number at the peak of the initial outbreak in early 2020. That caseload would have "a devastating impact on the medical system of China and cause a great disaster within the nation," the researchers said.

However, the study indicated a combination of a high vaccination rates and effective Covid treatments might allow China to wind back its strict preventative measures.

Many countries this year have suffered by "overconfidently" jumping into reopening, the researchers wrote. "China should not, and cannot afford to, be the next."