China's benchmark stock index was, with its 25 percent drop, the world's worst-performing in 2018. 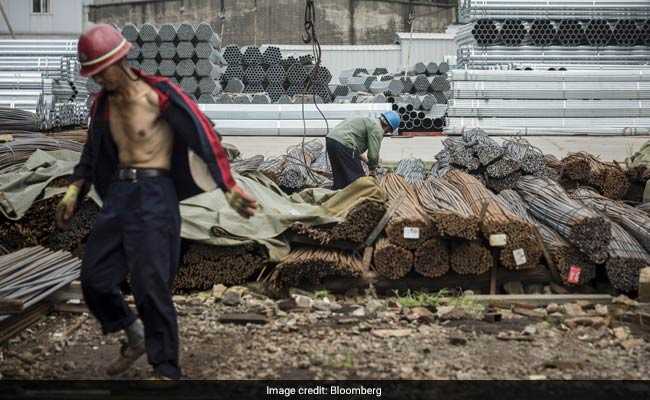 You shouldn't worry too much about the big U.S. stock market sell-off. You should worry about China's instead.

Indeed, while it might not have gotten as much attention, China's benchmark stock index was, with its 25 percent drop, the world's worst-performing in 2018. Part of this was because of the fear that President Donald Trump's nascent trade war might turn into something even more serious, but only a part. More significant than what Washington was doing, you see, was what Beijing was up to. That's because, in what has seemingly become an every-other-year tradition recently, China's government has stepped on the economic brakes pretty hard in an attempt to put an end to what looks like some bubbly behavior.

The important thing to understand here is that, in the depths of the Great Recession, Beijing unleashed a stimulus the likes of which the world hadn't seen since World War II. It amounted to some 19 percent of its gross domestic product, according to Columbia University historian Adam Tooze. By point of comparison, President Barack Obama's stimulus was only about 5 or 6 percent of U.S. GDP. Aside from its size, what made China's stimulus unique was the way it was administered. The central government didn't borrow a lot of money itself to use on infrastructure, but it pushed local governments and state-owned companies to do so. The result was a web of debt that's been even harder to clean up than it might have been because of all the money that unregulated lenders - "shadow banks" - were frantically handing out above and beyond what Beijing had been hoping for.

The challenge then has been for Beijing to stop even more debt from turning this boom into a bust without stopping the boom in the first place. In other words, to navigate the economy between the Scylla of a bubble and the Charybdis of a severe slowdown.

Not that this is new. It's what the Chinese Communist Party has had to do ever since it substituted ever-increasing prosperity for Marxist-Leninist ideology as the basis of its legitimacy. And the good news, insofar as both Beijing and the world economy are concerned, is that it's become exceedingly efficient at it. As Bloomberg News' Noah Smith points out, China has managed to avoid a recession for 25 years, in large part because of the government's novel use of credit policy - directing banks when and how much to lend - to smooth out the usual ups and downs of the business cycle.

What is new, though, is that this isn't working quite as well as before. As the International Monetary Fund reports, China seems to have reached a point of diminishing returns with this kind of credit stimulus. So much new debt is either going toward paying off old debt or toward economically questionable projects that it takes a lot more of it than it used to just to achieve the same amount of growth. Three times as much, in fact. Whereas it had only taken 6.5 trillion yuan of new credit to make China's economy grow by 5 trillion yuan per year in 2008, it took 20 trillion yuan of new credit by 2016. Which is why Beijing has had to resort to even more old-fashioned stimulus like tax cuts and infrastructure spending - in particular, it recently announced a new wave of subway construction around Shanghai and Hangzhou - to try to keep growth above the 6 percent that the party thinks it needs to keep people from protesting.

The global economy needs it, too. Apple, for one, has already revised its revenue projections down because of soft sales in the Middle Kingdom. And Wall Street thinks the rest of the Fortune 500 won't be far behind. Although even that doesn't give you a true sense of how much the world has come to depend on Chinese growth. To get a better idea of that, it helps to look at a Financial Times chart of crude steel production. Consider this: Between 1978, when it began its market reforms, and 2000, China's share of world steel production increased from 4.4 percent to 15.1 percent. This was, as far as economic development goes, a fairly typical success story that saw China's production nearly match North America's. What's happened since, though, has no precedent in economic history. China's steel production didn't plateau like everyone else's - it grew to the point that it now makes up 49.2 percent of the world's total.