The South China Morning Post had claimed that China was building the camp in the narrow Wakhan Corridor that links the two countries. 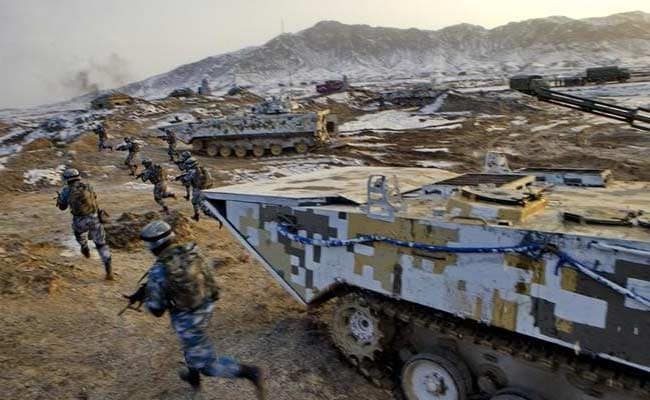 China on Wednesday denied that it planned to build a military base in Afghanistan, after a Hong Kong newspaper said Beijing was constructing a training camp for Afghan troops to which it could also send its own soldiers.

The South China Morning Post, citing unidentified sources with ties to the Chinese military, said China was building the camp in the narrow Wakhan Corridor that links the two countries.

"After looking into it, the relevant report is not true," she told a daily news briefing.

"Since the construction and training, this situation, it doesn't exist - it's not true. So anything related naturally is not true," Hua added, dismissing the assertion about China eventually sending its own soldiers.

She did not elaborate. The Defence Ministry did not respond to a request from Reuters for comment.

It was not the first time reports have pointed to China seeking a military presence in Afghanistan, although it has denied all of them.

In January, the defence ministry denied a similar report that it planned to build a military base in Afghanistan.

It has also previously dismissed reports that Chinese military vehicles were patrolling in the south Asian nation.

China has long worried that instability in Afghanistan could spill over into its violence-prone Xinjiang region, home to the Muslim Uighur people.

In recent years, hundreds of people have been killed in the far western region in unrest China blames on ISIS militants.

China has also worked with Pakistan and the United States to broker peace talks to end Afghanistan's Taliban insurgency that has raged since the militants were ousted by US-backed forces in 2001.

Last year, China opened its first overseas military base, in the Horn of Africa country Djibouti. It has previously denied having plans for other overseas bases, but the United States expects it to build more, with Pakistan a likely location.