Overlapping efficacy data is not unprecedented in the Covid-19 vaccine race and all the findings are above the threshold of 50% efficacy required by regulators for approval. 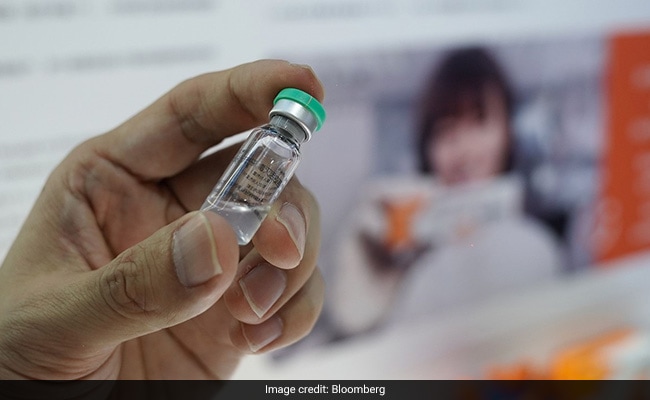 A Sinovac spokesman declined to comment on the numbers from its trials in Brazil, Turkey and Indonesia

Days before a global rollout kicks off with the President of Indonesia receiving the Sinovac Biotech Ltd. vaccine on live television, uncertainty swirls over the efficacy of the leading Chinese shot, for which four different protection rate numbers have been released in recent weeks.

Indonesia, which is moving the fastest on distributing the Sinovac shot to its population, said that a local trial showed an efficacy of 65% against Covid-19. But only 1,620 people in Indonesia took part in that trial -- too small for meaningful data.

Turkey said last month that the same vaccine showed efficacy of 91.25% in its local trial, which was similarly too small to draw a sufficient conclusion.

In Brazil, where Sinovac's biggest trial of more than 13,000 people is being conducted, dueling efficacy rates have been publicized. The company's local trial partner, Butantan Institute, said last week that the vaccine was 78% effective in preventing mild cases of Covid-19 and 100% effective against severe and moderate infections.

Overlapping efficacy data is not unprecedented in the Covid-19 vaccine race -- AstraZeneca Plc released two separate protection rates based on different dosage regimes last month -- and all the findings are above the threshold of 50% efficacy required by regulators for approval.

Yet the confusion, which comes as several governments commit to inoculating their citizens with Sinovac's shot, is fueling skepticism over Chinese vaccines, which have disclosed less safety and testing information than western front-runners. The data kerfuffle risks further undermining trust in shots that President Xi Jinping has promised to share with the rest of the world as a global public good.

"There is enormous financial and prestige pressure for these trials to massively overstate their results," said Nikolai Petrovsky, a professor at the College of Medicine and Public Health at Flinders University.

"In many cases, such overstatements are also politically motivated, as countries that have failed to properly control the pandemic now want to overstate the benefits of the vaccines to win votes and appease local unrest."

A Sinovac spokesman declined to comment on the numbers from its trials in Brazil, Turkey and Indonesia and said more data would be released by its Brazil partner this week.

The data issue appears to already be holding up regulatory approval for Sinovac's vaccine in some places.

"Initially, Sinovac was going to ship the vaccine supply to Hong Kong in January. But they delayed the announcement of the Phase III clinical trial data three times," said David Hui, a professor of respiratory medicine at the Chinese University of Hong Kong who sits on the Asian financial hub's Covid-19 advisory panel. "That would delay the assessment of their application."

The massive Brazil trial, which Sinovac has said will be where it gets its definitive efficacy data, has received intense scrutiny.

Observers were flummoxed by the first efficacy rate of 78% announced by Butantan Institute. According to the information disclosed, the trial saw about 220 participants infected: 160 in the placebo group and almost 60 in the vaccinated group.

If trial participants were evenly split between the vaccine and placebo group, then the efficacy rate should come out to 62.5%, said Petrovsky, who's also a research director for Vaxine Pty Ltd., a company that is developing a Covid-19 vaccine.

External calculations remain speculative unless more data, like the total number of people in the placebo group and vaccinated group, is released in peer-reviewed scientific journals, said Raina MacIntyre, head of the Biosecurity Program at the Kirby Institute at the University of New South Wales.

On Tuesday, Butantan explained the 78% was calculated considering the mild, moderate and severe cases, officials said. When very mild cases are included among the 13,000 volunteers, the figure is 50.4% -- 167 infected volunteers in the placebo arm, and 85 in the vaccine arm. The shot proved 100% effective in preventing severe cases.

Brazilian health regulator Anvisa requested additional data from the Butantan Institute on the Sinovac trial before deciding whether to approve the vaccine for use.