Covid In China: Shanghai was shuttered in sections from late March, when the spread of the Omicron variant prompted China's worst outbreak since the virus first emerged in the country in late 2019. 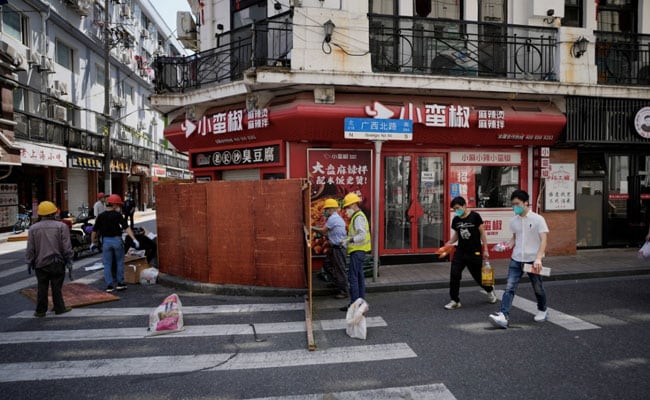 Shanghai authorities said Tuesday they will lift more restrictions in steps to return the Covid-hit city to normality, after two months of heavy-handed restrictions that throttled businesses and locked down residents.

The commercial hub of 25 million was shuttered in sections from late March, when the spread of the Omicron variant prompted China's worst outbreak since the virus first emerged in the country in late 2019.

China is wedded to a zero-Covid strategy of hard lockdowns, mass testing and long quarantine periods to wipe out clusters.

But after gradually relaxing some rules over past weeks, officials said on Tuesday that residents living in areas deemed low risk will be allowed to move around the city freely, a major step toward ending the curbs.

The easing of restrictions will apply to around 22 million people, deputy mayor Zong Ming told reporters.

"From June 1, the city will enter the third stage, that is, the stage of fully restoring the normal production and living order of the city," Zong said.

Malls, convenience stores, pharmacies and beauty salons will be allowed to operate at 75 percent capacity, while parks and other scenic spots will gradually reopen, she added.

But cinemas and gyms remain closed, and schools -- shut since mid-March -- will slowly reopen on a voluntary basis.

E-commerce professional Chen Ying said she still planned to work from home but might treat her two-year-old son to a long-awaited walk outside.

"We should have been free to begin with, so don't expect me to be deeply grateful now they've given it back to us," she told AFP.

Local media showed photos of orange-clad workers dismantling some of the barriers that had penned in districts across the city for weeks.

Shanghai resident Anita Xu told AFP she was nonplussed about the curbs lifting.

"Even if you can go out, I don't know what you can do," the 32-year-old marketing professional said.

"I feel a little caught unawares."

Previously, residents in areas without any coronavirus cases had to carry passes that only allowed them to go out for a few hours to buy essentials.

Taxi services and private cars will also be allowed in low-risk areas, permitting people to visit friends and family outside their district.

Shanghai residents travelling to other cities in China still need to quarantine, and residents need a negative test taken within 72 hours to enter most public places.

Factories and businesses were also gearing up to restart work after being dormant for weeks, with the gruelling measures bringing the city to a standstill.

Shanghai official Wu Qing told reporters Sunday that the city would "eliminate unreasonable restrictions" and announced a slew of measures to shore up its virus-battered economy.

But residents and business owners have complained of discrepancies between official announcements and enforcement.

China's biggest city has reported over 63,000 Covid infections and nearly 600 deaths since mid-March, and the heavy-handed lockdown led to an outpouring of online anger.