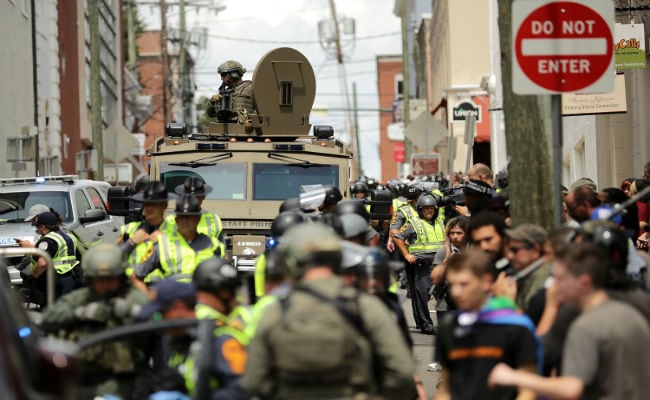 WASHINGTON: Schools in Charlottesville, Virginia, where a white nationalist protest over a Confederate statue turned deadly this summer, were under a partial lockdown on Wednesday after the FBI discovered a potential online threat, authorities said.

The Federal Bureau of Investigation told city police that a post on a social media board was "expressing discontent with recent events in Charlottesville," police said in a statement.

The post also expressed admiration for the gunman who killed 58 people in Las Vegas on Oct. 1, police said.

"They went on to say that Charlottesville, in particular schools within the city, should be the next target," the police statement said, adding that there was no information on who posted the message.

The United States has faced a heated national debate about whether Confederate symbols of the U.S. Civil War memorialize past leaders and soldiers or invoke white supremacy and the Confederacy's acceptance of black slavery.

Charlottesville, home to the flagship campus of the University of Virginia, has been roiled for months by protests over the city's proposed removal of a statue of Confederate General Robert E. Lee.

During a white nationalist rally in August, a counterprotester was killed when she was run over by a car driven into a crowd. Torch-carrying white supremacists rallied last Saturday at Lee's statue, chanting "You will not replace us."

In response to the possible threat on Wednesday, police officers in the city, located about 100 miles (160 km) southwest of Washington, were posted at public schools and many private schools, police said.

The local school district said it would heed a police request to keep students indoors when possible, and recess and gym classes would be held inside. Students will have adult or police supervision when they go outside, the district said in a statement.

The school district said on Twitter there had been no incidents at its schools.

Promoted
Listen to the latest songs, only on JioSaavn.com
(Reporting by Ian Simpson in Washington; Additional reporting by Bernie Woodall in Fort Lauderdale, Fla.; Editing by Colleen Jenkins and Leslie Adler)
© Thomson Reuters 2017