Transgender Woman Asked For ID To Use Washroom, Kicked Out Of Restaurant

Charlotte Clymer and "a large group of girlfriends" had converged at the restaurant Friday night to enjoy its club atmosphere and celebrate the upcoming wedding of two of their friends. 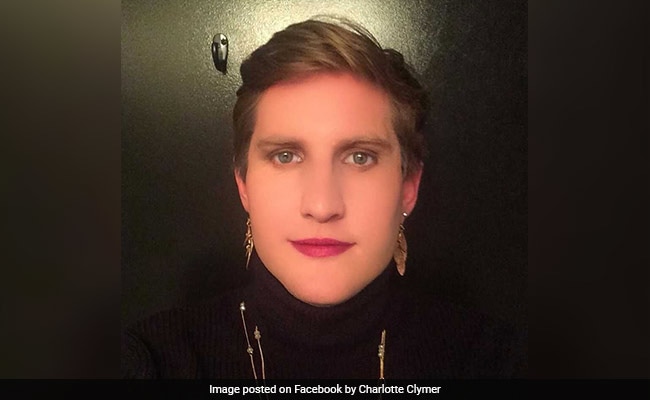 Charlotte Clymer refused to show her ID, resulting in an uncomfortable standoff

Washington: The weekend was supposed to be one long bachelorette party, kicked off with dinner and dancing at Cuba Libre, a lively Cuban restaurant and rum bar in downtown Washington, D.C.

Charlotte Clymer and "a large group of girlfriends" had converged at the restaurant Friday night to enjoy its club atmosphere and celebrate the upcoming wedding of two of their friends.

And it did get off to a festive start - at first.

"Everyone had a great time," Clymer wrote on Facebook. "Lots of dancing and drinking and hanging out with great people."


That was posted after the night took a turn, following what Clymer calls an act of "blatant discrimination" at the restaurant that resulted in a call to police and ultimately caught the attention of the city's mayor.

Sometime close to midnight Friday, Clymer made her way with a friend through Cuba Libre's crowded hallways to use the women's restroom. Before she could enter, however, Clymer said a male attendant stopped her - and her only - to request her ID.

"When I asked why, he said that 'female' must be on an ID to use the women's restroom," Clymer wrote. "I told him that's nonsense, turned on my heel, and continued into the restroom."

Clymer, a transgender woman who works as an activist and spokeswoman with the Human Rights Campaign, which advocates for LGBTQ equality, knew she was in the right. Nevertheless, the male attendant followed after her into the women's restroom.

"I go into a stall to do my business, and I hear him walk in and search for me in this busy restroom full of women," Clymer wrote. "He is doing everything but opening the stall doors."

Even after she had finished, Clymer said the male attendant was waiting for her outside the restroom. This time, he had Cuba Libre's manager with him, who also insisted there was a D.C. law that backed up the attendant's belief. The manager demanded to see Clymer's ID, even after she repeatedly told him there was no such law. 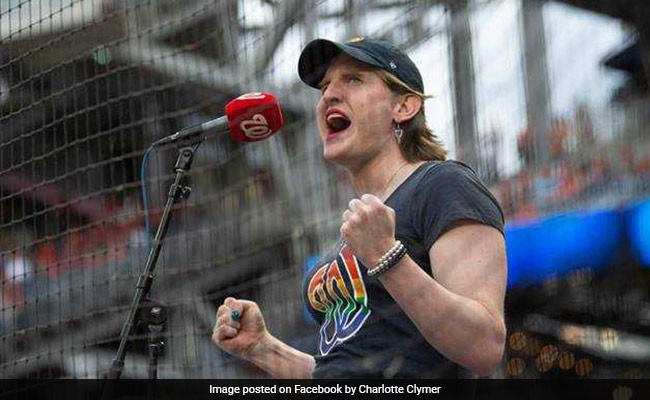 Charlotte Clymer, a transgender woman who works as an activist and spokeswoman with the Human Rights Campaign, which advocates for LGBTQ equality, knew she was in the right

Clymer refused to show her ID. An uncomfortable standoff ensued. The hallways were crammed, and people were beginning to notice them, she said.

"A part of me was already going into gaslight territory," Clymer told The Washington Post in an interview Sunday morning. "I knew what I was talking about. I work on [these issues] all the time. But the more insistent he was, the more doubt crept into my mind."

Clymer said she stepped outside of the restaurant to collect her thoughts. On her phone, she pulled up the actual law regarding restrooms, Washington's Human Rights Act, which dictates "personnel must respect a person's restroom choice based on their gender identification or expression."

Clymer brought it back inside to show the manager, imagining it might put an end to the debate. Perhaps, she thought, it might even elicit an apology.

Instead, the manager doubled down on his position.

"He had the exact opposite reaction, very condescending and dismissive," Clymer said. The manager refused to believe the text she had showed him was true, but also never produced "this imaginary law he was citing," she said.

He ultimately threatened to call the police.

"I told him he should absolutely call the cops," Clymer wrote. "Please do. He then said I need to leave."

Clymer said she felt like crying as she stood outside. By now, their dispute had attracted a small crowd. Clymer said several restaurant patrons offered support - some leaving Cuba Libre in solidarity - or tried to intervene with the manager, to no avail.

Despite his threat to call the police, the manager never did - and shortly afterward, one of Clymer's friends said she had witnessed another gender-nonbinary person get asked for ID at the restroom, moments after Clymer had been confronted.

That was the last straw, Clymer said. After some deliberation, she called the police.

"I went to a place of anger that I do not visit often. Something had to be done. I'm not the kind of person who calls cops, but at that point, I didn't know what else to do," Clymer wrote. "In D.C., a city celebrated for its LGBTQ culture, inclusivity, and protections, it stunned me that a business could so openly discriminate against transgender people."

Clymer praised the police response and said officers showed up within minutes to reassure her the law was on her side.

"The D.C. police could not have been more professional. They arrived on the scene, were immediately a calming presence, immediately took reports," she told The Post. "I could not have asked for a better experience with the police."

Many more restaurant patrons by then had also caught wind of what had happened and offered their support, Clymer said.

Nevertheless, Clymer said she is aware that the same encounter could have ended very differently for those who are not "white, aware of the law and connected to people who can help." She struggled with whether to publicize what had happened and, after some encouragement from her friends, decided to post about her experience to social media on Saturday.

Last night, I was told by the manager of @CubaLibreDC that I couldn't use the women's restroom, and after challenging his discrimination with D.C. law and responding to his threat of calling the police w/ "please do so", I was forcibly removed from the restaurant. (thread)

"I woke up Saturday morning and I felt really naive," Clymer said. "I felt naive thinking this just wouldn't happen in a city like D.C. The more I thought about it, the more I felt like . . . folks in D.C. need to know that this happens to LGBTQ people."

Her Twitter posts drew a response from Cuba Libre's executives, who apologized for the incident and said its staff would be immediately retrained. The letter also said Cuba Libre's chief executive wanted to speak with Clymer.

@cmclymer We are extremely sorry for the incident that occurred at our restaurant last night. Please view our full response below: pic.twitter.com/gfQ2Ne7GhY

"It is particularly disappointing that this has occurred during Pride month when we're undertaking efforts & events to support the LGBTQ community," the letter stated.

The restaurant said in a statement Sunday it would not be commenting further until the chief executive had had a chance to speak with Clymer.

As of early Saturday afternoon, Clymer said she had not yet spoken with Cuba Libre's executives and was trying to enjoy the remainder of her friend's bachelorette weekend. She has vowed to explore legal options against Cuba Libre this week for what she describes as "blatant discrimination."

Promoted
Listen to the latest songs, only on JioSaavn.com
"I'm just worried this is going to happen to someone who doesn't have the privilege that I have," Clymer told The Post. "I don't think they would have felt so confident calling the cops or challenging [the restaurant] in public."