Charging Donald Trump With Crime Was "Not An Option": Robert Mueller

At the same time, US Special Counsel Robert Mueller reiterated that his report into Russian interference in the 2016 election did not exonerate the president. 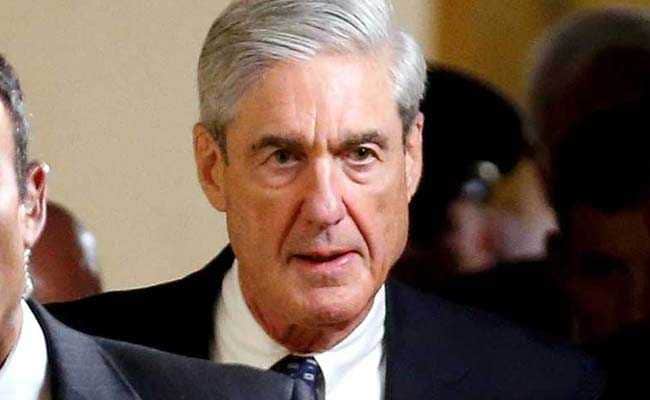 US Special Counsel Robert Mueller made his first public comments on Wednesday. (File)

Special Counsel Robert Mueller said Wednesday that charging Donald Trump with a crime of obstruction was not an option because of Justice Department policy not to indict a sitting president.

"Under longstanding department policy, a president cannot be charged with a federal crime while he is in office," Mueller said in his first public comments in two years. "That is unconstitutional.

"A Special Counsel's Office is part of the Department of Justice, and by regulation, it was bound by that department policy," Mueller said.

"Charging the president with a crime was therefore not an option we could consider," the former FBI director said.

"The Constitution requires a process other than the criminal justice system to formally accuse a sitting President of wrongdoing," Mueller added, in what appeared to be a suggestion that any further action would lie with Congress.

At the same time, Mueller reiterated that his report into Russian interference in the 2016 election did not exonerate the president.

"It would be unfair to potentially accuse somebody of a crime when there can be no court resolution of the actual charge," he said.

"Those were the principles under which we operated, and from them we concluded that we would not reach a determination one way or the other about whether the president committed a crime.

Mueller also said that if he was called to testify before Congress -- as some Democrats are demanding -- he would say no more than what is already in report.

"I hope and expect this to be the only time that I will speak about this matter," he said. "I am making that decision myself -- no one has told me whether I can or should testify or speak further about this matter."

Mueller ended by reiterating what he called "the central allegation of our indictments -- that there were multiple, systematic efforts to interfere in our election."

"That allegation deserves the attention of every American."

Mueller said that with the completion of the investigation he was resigning from the Justice Department to return to private life.

(Except for the headline, this story has not been edited by NDTV staff and is published from a syndicated feed.)
Comments
Robert MuellerUS President Donald TrumpJustice Department policy