Change Comes To Islam's Birthplace, And The World Watches Warily

The Saudi bid to appeal to tourists with a relaxed dress code for foreign women and the promise of easier access to the country is aimed at diversifying the economy away from its overwhelming reliance on oil. 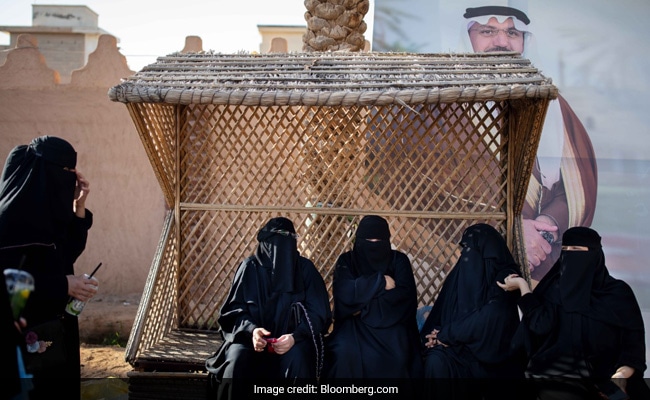 As the birthplace of Islam, Saudi Arabia is a symbol of purity for many.

The world's 1.8 billion Muslims look to one country above all others.

As the birthplace of Islam, Saudi Arabia is a symbol of purity for many who direct their prayers toward Mecca wherever they are in the world.

The latest in a series of liberalizing reforms attributed to the modernizing influence of Crown Prince Mohammed Bin Salman runs counter to that reputation for religious conservatism.

As they awoke to the news on Friday that women from outside the kingdom would no longer be required to wear the flowing abaya that's been mandatory for decades, Muslims in Asia broadly welcomed the shift. But many also expressed misgivings about the overall direction of the lodestar of the Islamic world, and wondered just how far the changes would go.

"I view Saudi Arabia as the most sacred place for a Muslim," said Amirah Fikri, 30, an administrator in the Malaysian capital, Kuala Lumpur, who called the kingdom "an example of a Muslim country in the eyes of the world."

While reforms such as allowing women to drive and to travel without a guardian's approval are positive, some things "are better left unchanged," she said. The risk is of "harming the purity of Saudi when new, non-Islamic practices start to spread in the holy place."

The Saudi bid to appeal to tourists with a relaxed dress code for foreign women and the promise of easier access to the country is aimed at diversifying the economy away from its overwhelming reliance on oil. But it also serves to present a softer image of the kingdom to the west at a time when its reputation is distinctly mixed.

The crown prince was excoriated internationally over the gruesome murder in Turkey last year of columnist Jamal Khashoggi, and his prosecution of a bloody war in Yemen resulting in famine and thousands of civilian casualties prompted Germany and other countries to halt weapons sales to Saudi Arabia.

At home, the kingdom's extensive use of the death penalty, torture, arbitrary detentions of rights activists and "severely restricted" freedoms are among the issues cited by Amnesty International in its overview of Saudi Arabia. "Despite limited reforms, including allowing women to drive, women faced systematic discrimination in law and practice and were inadequately protected against sexual and other violence," Amnesty says.

Yet that evidence of the country's deeply conservative nature and its rigid interpretation of Islam helps to give a sense of the potential for domestic resistance to any kind of modernizing reform -- and the risks to the crown prince in pursuing change.

"Tourism of course will help the economy, but if it involves anything that goes against our religious beliefs then it will not be accepted," said Sultan, a 33-year-old resident of Riyadh, who only gave his first name. "Our religion is more important than anything." Foreign tourists will "import their culture" and "over time, these ethics and values will be stripped away from our conservative society."

Yet for many in Indonesia, the most populous Muslim country in the world, Saudi Arabia has no choice but to open up.

"Change is a necessity," said Nasaruddin Umar, Grand Imam of Istiqlal Mosque in Jakarta. "There will be pressure from the traditional clerics group in the country. But I see what MBS is doing as a smart move because he does so in a measured way."

Didik Saputra, a 32-year-old high school teacher from Depok in West Java, one of the most conservative Muslim provinces in Indonesia, spoke while on a visit to the country's largest mosque in central Jakarta during its renovation and expansion.

"Saudi Arabia must accept changes without totally eliminating the old customs and practices," he said over the noise of construction workers. "I agree with MBS that Saudi Arabia must be progressive and promote modernization of Islam. That would be good as it will also improve the image of Islam in the world."

The threat of liberalization jeopardizing Saudi Arabia's global standing among devout Muslims is a proposition dismissed by Ahmed Al-Khateeb, chairman of the Saudi Commission for Tourism and National Heritage and a key adviser to the crown prince. Saudi Arabia is any case no stranger to foreign visitors, he said.

Saudi Arabia has suffered far worse damage to its reputation in the recent past. It's less than two decades since the kingdom almost became an international pariah after al-Qaeda leader Osama bin Laden, a Saudi national, claimed the worst terrorist attack on U.S. soil.

The country's post-World War II alliance with the U.S. survived the 9/11 attacks orchestrated by bin Laden. Donald Trump chose Saudi Arabia as the destination for his first overseas trip as president, and was quick to rally to its side after this month's attacks on Saudi oil installations widely attributed to regional rival Iran. However, that dependence on the U.S., more than Saudi Arabia's reform efforts, is regarded with suspicion by some Muslims.

"Saudi has lost her nobility ever since they chose to be in bed with the United States to fund extremist groups and create violent conflicts in their neighboring Arab countries," said Fatin Mohd Husni, 29, a teacher in Malaysia. "So I see these reforms as neither diminishing nor harming the purity of Saudi, because there's nothing so pure about the Saudi administration to begin with."

In India, with some 200 million Muslims, men heading out of Friday prayers at the Jama Masjid adjacent to Parliament House in New Delhi welcomed Saudi Arabia's move to open up.

"Muslims across the world should support Saudi Arabia's decision," said Fazle Mobin Siddique, 45, secretary at the Diamond Charitable and Educational Trust in the central-Indian city of Nagpur. "This is a progressive step for Islam. Excessive restrictions on women and the moral police needed to go."

For Tauqueer Khan, 40, a government consultant, Saudi Arabia's reforms are an effort to counter the stigma of being "synonymous with backwardness, extremism, radicalism and terrorism" and show the world it too can change with time.

--With assistance from Donna Abu-Nasr, Sarah Algethami and Bibhudatta Pradhan.

(Except for the headline, this story has not been edited by NDTV staff and is published from a syndicated feed.)
Comments
Saudi ArabiaSaudi Arabia tourist visasSaudi Arabia visa