Disclosures of sexual abuse of children by Roman Catholic priests and cover-ups by bishops burst into the headlines in 2002, when the Boston Globe reported widespread abuse in the Boston Archdiocese. 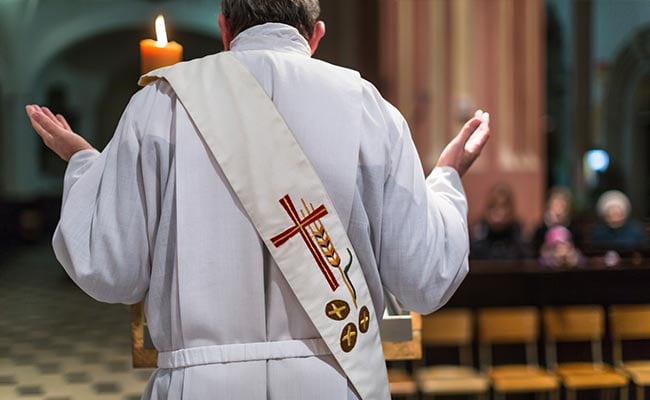 The Roman Catholic Church is dealing with accusations of sexual abuse in other parts of the US.

A Roman Catholic bishop in Pennsylvania released the names on Wednesday of 71 clergy members and seminarians accused of sexually abusing children since the 1940s, acting in advance of a release of grand jury findings on clergy abuse in the state.

Those on the list would be removed from "any position of honor" throughout the Diocese of Harrisburg in central Pennsylvania, the diocese said in a statement.

The name of every bishop in the diocese in the past seven decades will be removed from buildings in the diocese, in recognition of their failure to properly deal with accusations of abuse, the statement added.

"I express our profound sorrow and apologize to the survivors of child sex abuse, the Catholic faithful and the general public for the abuses that took place and for those church officials who failed to protect children," Bishop Ronald Gainer of the Diocese of Harrisburg said in the statement.

Disclosures of sexual abuse of children by Roman Catholic priests and cover-ups by bishops burst into the headlines in 2002, when the Boston Globe reported widespread abuse in the Boston Archdiocese.

The report set off a global wave of investigations that found similar patterns at dioceses around the world.

In Pennsylvania, the state Supreme Court has ordered the release of an interim grand jury report on accusations of sexual abuse by clergy in six Roman Catholic dioceses in Pennsylvania,including Harrisburg. The report is due out this month, according to court papers.

The interim report will temporarily redact the names of some of the accused, who had filed court papers seeking to protect their identities, according to court papers.

In anticipation of the release of that report, the Diocese of Harrisburg released the identities of the 71 clergy members and seminarians accused of abuse because it was important for the public to know the names, Gainer said. Among those named, 37 were priests.

The diocese has not assessed, however, whether the people named, some of whom are dead, were guilty of abuse, Gainer said.

The Roman Catholic Church is dealing with accusations of sexual abuse in other parts of the United States.

Pope Francis on Saturday accepted the resignation of Cardinal Theodore McCarrick, a former archbishop of Washington, after American church officials said allegations that McCarrick sexually abused a 16-year-old boy decades ago were credible and substantiated.

(This story has not been edited by NDTV staff and is auto-generated from a syndicated feed.)
Comments
Roman CatholicPennsylvania