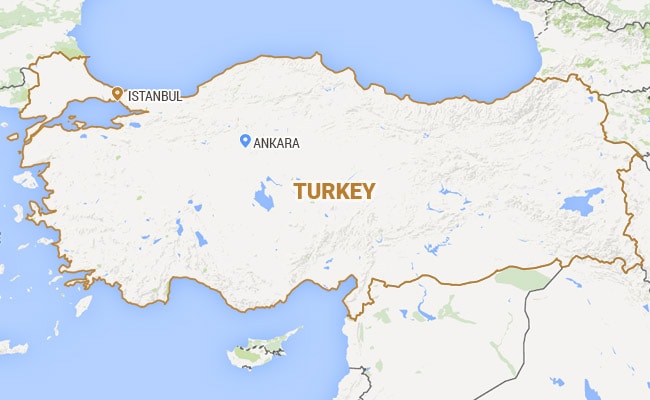 The bomb attack caused immense damage to the headquarters.

Istanbul, Turkey: Eight Turkish police officers were killed and 45 more people injured on Friday when a car bomb blamed on Kurdistan Workers' Party (PKK) militants exploded outside a police building in the southeast of the country.

The bomb attack caused immense damage to the headquarters of the special anti-riot police force in Cizre, with television pictures showing a thick plume of black smoke heading into the sky.

Television quoted the health ministry as saying 12 ambulances and two helicopters had been sent to the scene.

Early pictures showed that the police building had been completely gutted by the power of the blast, reduced to a shell surrounded by a pile of rubble.

Anadolu said the bomb had gone off 50 metres (yards) away from the building at a control post. It said the blast had been carried out by the PKK.

Security forces closed the main road to Cizre from the provincial capital of Sirnak to the north after the attack, Anadolu added.

The Turkish security forces have been hit by near daily attacks by the PKK since a two-and-a-half year ceasefire collapsed in 2015, leaving hundreds of police officers and soldiers dead.

The PKK has kept up its assaults in the last weeks after the unsuccessful July 15 coup by rogue elements in the military aimed at unseating President Recep Tayyip Erdogan.

The latest attack comes two days after Turkish forces launched an unprecedented offensive in neighbouring Syria which the authorities say is aimed both at jihadists and Syrian Kurdish militia.

Turkey on Thursday shelled the Kurdish militia fighters in Syria, saying they were failing to observe a deal with the US to stop advancing in jihadist-held territory.

Ankara sees the Kurdish Democratic Union Party (PYD) and its People's Protection Units (YPG) militia as terror groups bent on carving out an autonomous region in Syria and acting as the Syrian branch of the PKK.

The government has vowed to press on with the campaign to eradicate the PKK from eastern Turkey after a purge in the army for those responsible for carrying out the coup.

The military has repeatedly over the last year ordered military operations and curfews in southeastern urban centres, including Cizre which has long been seen as having large PKK support.

Over 40,000 people have been killed since the PKK first took up arms in 1984 with the aim of carving out an independent state for Turkey's Kurdish minority.

Promoted
Listen to the latest songs, only on JioSaavn.com
It is proscribed as a terrorist group by Turkey, the European Union and the United States.

(Except for the headline, this story has not been edited by NDTV staff and is published from a syndicated feed.)
Comments
Kurdistan Workers' PartyTurkeyTurkey BlastTurkey Police Headquarters