The suspects, identified as Kam McLeod, 19, and Bryer Schmegelsky, 18, have been on the run for more than a week. 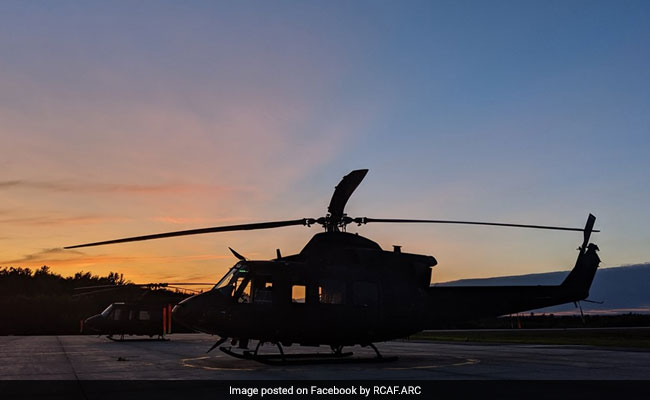 The suspects, identified as Kam McLeod, 19, and Bryer Schmegelsky, 18, have been on the run for more than a week.

Authorities say they believe the two are behind the killings of 23-year-old Australian Lucas Fowler and his 24-year-old American girlfriend, Chynna Deese, as well as of Leonard Dyck, a 64-year-old Canadian.

Since Tuesday, the village of Gillam, near Hudson Bay, has been at the epicenter of an intense manhunt involving tracker dogs, a drone and armored vehicles. The area features dense, sometimes nearly impenetrable forest.

The C-130 Hercules arrived in the Gillam area Saturday to assist with aerial search operations, and will have onboard a federal police officer to direct the search, the military said.

Police have said they could not rule out the possibility that the two suspects had altered their appearances and slipped out of the region, possibly with the unwitting help of an area resident.

However there were no new sightings "and no new information that would indicate that the suspects have fled the area," the RCMP said Saturday.

Earlier in the day officers began an operation canvassing all homes and buildings in the Gillam area and nearby Fox Lake Cree Nation of indigenous peoples, the RCMP said.

The fugitives are thought to have wound up in the village, some 600 miles (1,000 kilometers) north of Winnipeg, the Manitoba capital, after traveling 2,000 miles from British Columbia on Canada's west coast.

The surrounding region is particularly inhospitable, with wild animals including bears, and swampy areas infested with ferocious mosquitoes.

Locals say conditions are brutal, and that the suspects, if on foot and unprepared, would have difficulty surviving for long.

There have been two reported sightings of the wanted teens in Gillam, but none since Monday.

The two young men have been formally accused in the murder of Dyck, a botany professor, and are suspects in the killings of Fowler and Deese, whose bodies were found along a highway in northern British Columbia.

The teenagers were initially considered as missing after their car was found torched on July 19. But police then discovered Dyck's body near another burned-out vehicle believed to have been used by the pair.

The father of one of the teens, Alan Schmegelsky, said his son was "on a suicide mission," deeply troubled since his parents' divorce in 2005.