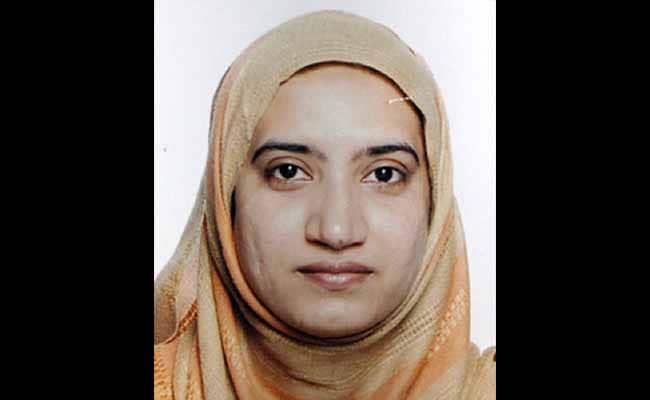 The messages were posted before Malik, 29, entered the United States on a K-1 fiancee visa in July 2014.

One of the shooters in the San Bernardino massacre, Tashfeen Malik, sent at least two private messages on Facebook to a small group of Pakistani friends in 2012 and 2014, pledging her support for Islamic jihad and saying she hoped to join the fight one day, the Los Angeles Times reported on Monday.

Malik's messages were recovered by FBI agents investigating whether she and her husband, Syed Rizwan Farook, had been in direct contact with foreign militant organizations and were directed to carry out the December 2 attack in which 14 people were killed, the Times reported.

The Times said Malik's Facebook messages indicate for the first time that US law enforcement and intelligence officials missed warnings on social media that she was a potential threat before she applied for her US visa.

The report came as US officials said that since the San Bernardino attack, the US government has begun testing new procedures for reviewing social media activity of foreigners seeking US entry visas.

The officials, who declined to be identified by name, would not discuss specific social media monitoring techniques that are being tested.

But one administration official said the new procedures should help clear up confusion about how far the Department of Homeland Security may go in monitoring the social media activity of visa applicants.

While there currently is no explicit order banning visa investigators from trawling applicants' social media accounts, some agencies have been wary about doing so, the official said.

The second official said Malik "expressed her desire" in one of the posts to become an Islamic militant in her own right, the Times said. Both officials spoke on condition of anonymity, the newspaper said.

US officials have said their investigation has yet to turn up evidence that foreign militants directed Farook or Malik when they stormed a holiday gathering of Farook's co-workers and opened fire with assault-style rifles.

The couple fatally shot 14 people and wounded more than 20 in a rampage the Federal Bureau of Investigation said it was treating as an act of terrorism inspired by Islamist militants.

Farook, the US-born son of Pakistani immigrants, and Malik, a Pakistani native he married last year in Saudi Arabia, were killed in a shootout with police hours after the assault in San Bernardino, 60 miles (100 km) east of Los Angeles.

The FBI has said the couple declared they were acting on behalf of Islamic State. But FBI Director James Comey has said there was no evidence the militant group was aware of them before the attack.
© Thomson Reuters 2015
Comments
San Bernardino massacreCaliforia ShootingIslamic jihadSyed Rizwan FarookMalik's Facebook messagesTashfeen MalikTashfeen Malik Facebook