Bulgaria Reports 4 Cases Of Side Effects From Pfizer Covid Vaccine

Bulgaria's vaccination campaign began on December 27 among the priority group including medical workers. 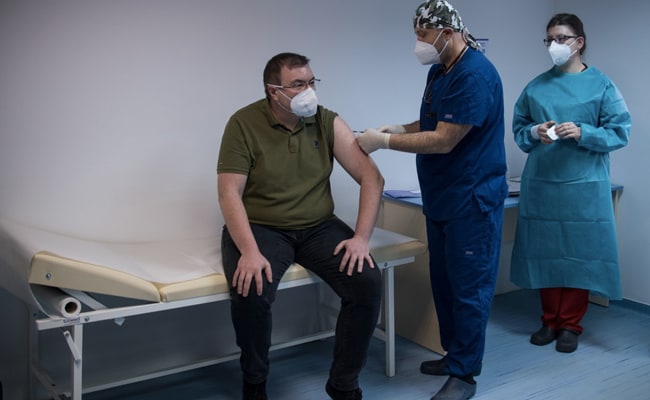 Bulgaria's vaccination campaign began on December 27 among the priority group including medical workers. By Monday, nearly 5,000 people had been inoculated.

"Side effects ranged from mild to moderate. The persons who experienced them have already recovered," Mr Kirilov said, as quoted by the Bulgarian National Radio.

According to the official, the side effects included two cases of pain, one case of dizziness and one case of insignificant temperature rise.

Earlier in the day, Bulgaria received the second shipment of the Pfizer/BioNTech vaccine, consisting of 25,000 doses. According to Health Minister Kostadin Angelov, the mass vaccination in Bulgaria would likely begin sometime in the February-March period.