Brooklyn Subway Shooting: What We Know So Far

Brooklyn subway shooting: A man in a gas mask and orange construction vest may have tossed a smoke canister on the platform to distract the rush hour crowd. 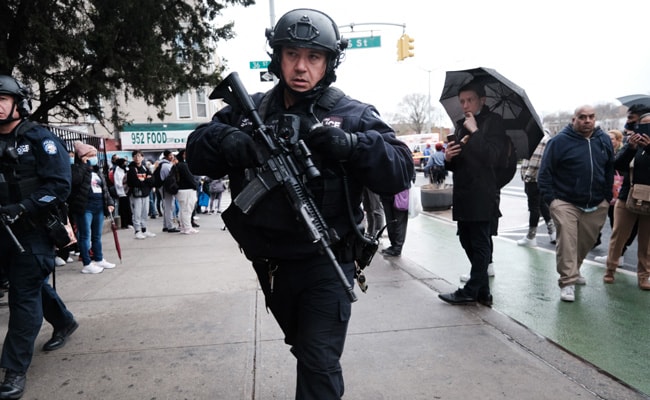 Police are looking for the shooter in the Brooklyn subway attack.

At least 10 people were injured in a shooting incident at a subway station in New York's Brooklyn today. Police also recovered several "undetonated devices" at the scene.

Smoke was also witnessed at the scene and a passenger told local media that a fire had been set inside the train car.

Suspect on the run
A man in a gas mask and orange construction vest may have tossed a smoke canister on the platform to distract the rush hour crowd, police was quoted as saying by NBC news.

The suspect is still at large.

Political response
President Joe Biden has been briefed on the incident is in communication with New York officials.

New York governor Kathy Hochul tweeted that first responders were on the scene and promised regular updates as the investigation unfolds.

The incident came just a day after US President Joe Biden announced new gun control measures, increasing restrictions on so-called "ghost guns", the difficult-to-trace weapons that can be assembled at home.