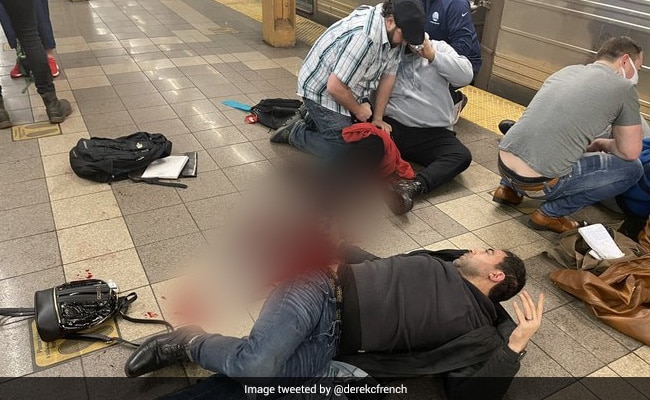 Brooklyn attack: A photo from the scene showed people tending to injured passengers

At least 10 people were injured in a shooting at a subway station in New York, local media reported. The incident occurred at the 36th Street Station in Sunset Park in Brooklyn. A photo from the scene showed people tending to injured passengers lying on the floor station.

The incident sparked a massive police response, with the suspect still at large several hours later. New York police said that there are no active explosive devices at the subway station at this time.

New York governor Kathy Hochul tweeted that first responders were on the scene and promised regular updates as the investigation unfolds.

Here are the Highlights on the Brooklyn Subway station shooting:

Get NDTV UpdatesTurn on notifications to receive alerts as this story develops.
Apr 12, 2022 23:40 (IST)

Watch as NYPD Executives and City and State Officials provide an update on the shooting incident in Brooklyn. https://t.co/xGGlDJ6UQI

"He then opened the canister that was in his bag and then the car filled with smoke. After that he began shooting," Sewell said.
Apr 12, 2022 22:06 (IST)
Brooklyn shooting not being investigated as act of terror: New York police
A rush-hour shooting Tuesday in the New York City subway is not being investigated as an act of terror, authorities said, adding that 10 people were shot but none were in "life threatening" condition.

"This is not being investigated as an act of terrorism at this time," New York City police commissioner Keechant Sewell told reporters. "Reportedly we have no one with life-threatening injuries as a result of this case."
Apr 12, 2022 21:14 (IST)
Deeply disturbed by horrific shooting: Indian consulate
"Deeply disturbed by horrific shooting in Brooklyn today. We are in touch with local authorities.  Our prayers and thoughts  with those injured," tweeted the Indian consulate in New York.

Apr 12, 2022 20:56 (IST)
Fire set in train car, claims passenger
Smoke was also witnessed at the scene and a passenger told local media that a fire had been set inside the train car.
Apr 12, 2022 20:35 (IST)
13 Shot At In Subway Station In New York's Brooklyn, Cops Say No Active Explosives
Several people were shot at in a subway station in New York's Brooklyn today. People tweeted photos showing commuters with blood on their clothes being helped by others, as they sat with their back to a metro train. At least 13 were injured.
Apr 12, 2022 20:10 (IST)

@POTUS has been briefed on the latest developments regarding the New York City subway shooting. White House senior staff are in touch with Mayor Adams and Police Commissioner Sewell to offer any assistance as needed.

Apr 12, 2022 20:07 (IST)
The incident came just a day after US President Joe Biden announced new gun control measures, increasing restrictions on so-called "ghost guns", the difficult-to-trace weapons that can be assembled at home.

"First responders are on the scene and we will work with @MTA & @NYPDnews to provide updates as the investigation continues," she tweeted.
Apr 12, 2022 19:50 (IST) 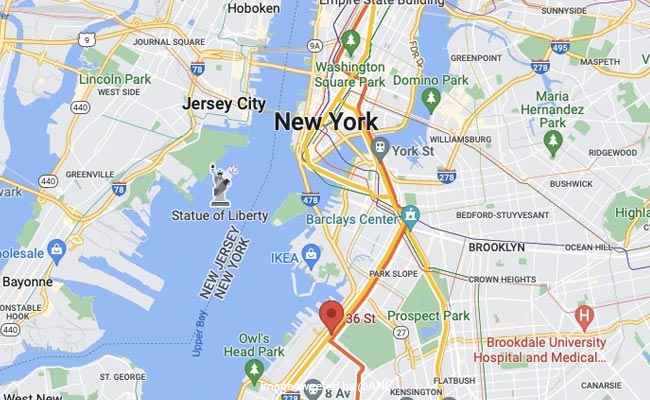