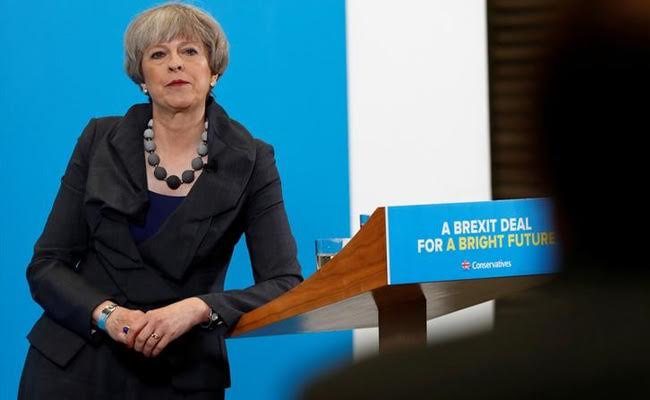 London: Prime Minister Theresa May is on track to win 313 seats in Britain's parliament in next week's election, falling 13 seats short of a 326 seat majority, according to a projection by polling company YouGov on Friday.

May's Conservatives had 330 seats when the snap election was called last month. On Thursday, YouGov said their model showed the Conservatives were 9 seats short of a majority.

The opposition Labour Party is likely to win 257 seats, YouGov's model showed, versus 253 on Thursday.

Promoted
Listen to the latest songs, only on JioSaavn.com
(Reporting by David Milliken; Editing by Elisabeth O'Leary)
© Thomson Reuters 2017