A Downing Street spokesman said It is untrue to suggest that the UK's current position as a leading defence nation is somehow in question. 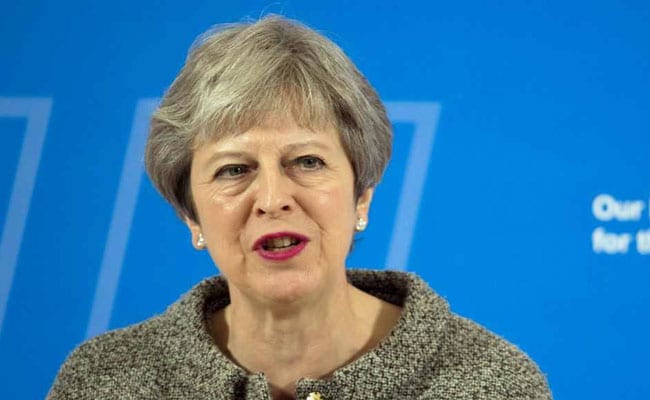 London: British Prime Minister Theresa May asked her defence minister to justify the United Kingdom's status as a "tier one" military power, sending shockwaves through the defence establishment just weeks before a major NATO summit, the Financial Times reported.

The FT said May told Defence Secretary Gavin Williamson that he needed to rethink the capabilities needed to be a modern military force and focus more on Britain's ability to tackle any cyber warfare threats, including from Russia.

May's intervention created shockwaves at the defence ministry, the FT reported, without citing a source.

May's office acknowledged that Secretary Williamson's plans had been challenged by May at a meeting on Tuesday but dismissed suggestions that she was arguing for a reduction in Britain's military status, the FT said.

"It is categorically untrue to suggest that the UK's current position as a leading defence nation is somehow in question," the FT quoted a Downing Street spokesman as saying.

"The prime minister is strongly committed to the United Kingdom's armed forces and to maintaining their strength and their ability to deter and where necessary defeat the threats we face."

A spokeswoman for Downing Street did not immediately comment when contacted by Reuters. The Defence Ministry was not immediately available for comment.
© Thomson Reuters 2018
Comments
Theresa MayUK MilitaryGavin Williamson