Lewis Ludlow, 26, had planned to rent the vehicle and plough it into shoppers in the bustling retail district during the busiest time of the week, prosecutors said. 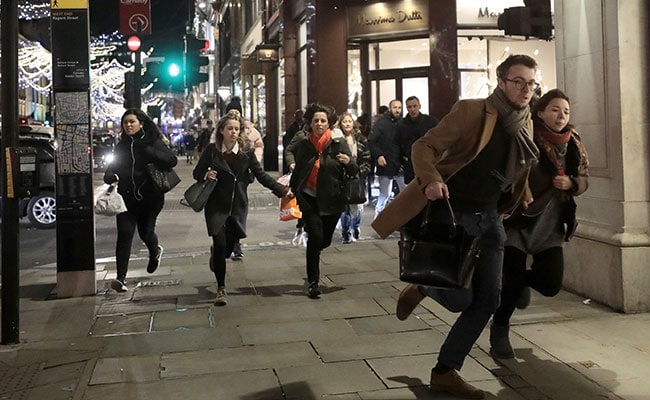 The accused killed more than 100 people by driving a truck into pedestrians. (Reuters)

A Muslim convert has admitted plotting to kill more than 100 people by driving a truck into pedestrians on London's Oxford Street, the capital's major shopping thoroughfare.

Lewis Ludlow, 26, had planned to rent the vehicle and plough it into shoppers in the bustling retail district, which attracts large numbers of tourists, during the busiest time of the week, prosecutors said.

"Lewis Ludlow considers himself a soldier fighting for Daesh (Islamic State) in the UK," Deb Walsh from the Crown Prosecution Service (CPS) said in a statement on Friday.

"To that end, he planned to drive a van into shoppers at Oxford Street hoping to kill over 100 people. He is a serious danger to the public and accepted his guilt when faced with the prosecution's case against him."

The CPS said Ludlow's mobile phone was found in the storm drain of his home in Rochester, southeast of London, which had photographs showing he had carried out hostile reconnaissance in central London. There was also a picture of a handwritten oath of allegiance to Islamic State (IS).

It also had videos in which Ludlow called himself "the Eagle", and spoke of his hatred of non-believers.

He was under 24-hour armed police surveillance when he was arrested and a number of torn-up notes which were found suggested Ludlow was actively involved in preparing an attack, with information about the cost of hotels near Oxford Street and renting a truck, prosecutors said.

He pleaded guilty at London's Old Bailey court to preparing to commit acts of terrorism as well as setting up Facebook and Paypal accounts to fund IS fighters based in the Philippines. He will be sentenced on Nov. 2.

(Except for the headline, this story has not been edited by NDTV staff and is published from a syndicated feed.)
Comments
BritainOxford street attack